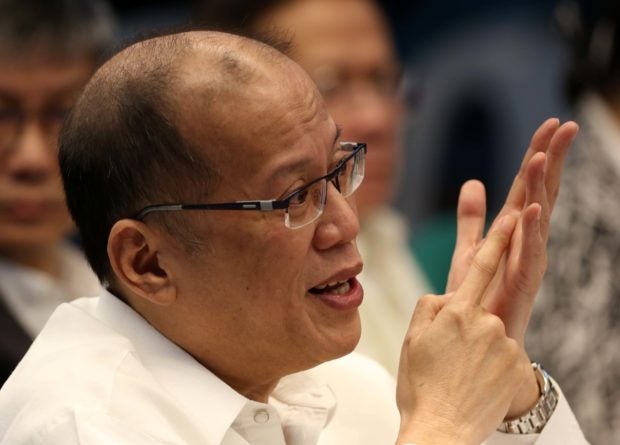 Truth and Justice Coalition President Greco Belgica led the filing of the complaints at the Office of the Ombudsman on Monday.

[We filed a case today against DAP… because they misappropriated public funds to impeach then Chief Justice Renato Corona.]

The other accused in the case are Minority Leader Franklin Drilon (who was chair of the Senate Committee on Finance under the Aquino administration), Sen. Antonio Trillanes IV, then Interior Secretary Manuel Roxas II, then Budget Secretary Florencio Abad, and then Cavite Rep. Joseph Emilio Abaya (who Aquino would later appoint as transportation secretary).

“Of course ang sinasabi po nila dito, this was used for a public purpose, but it’s not. It was used for influencing the legislators to vote for the impeachment of Corona,” Belgica said.

Earlier this year, he asked the Department of Justice to pursue the filing of cases against Aquino and others. Now, he said they had found solid proof pointing to alleged ghost projects of Trillanes.

[We were able to get evidence on the ghost projects of Trillanes, confessions of former Sens. Jinggoy Estrada and Bong Revilla. And then there are also the date when the funds were released, the cash allocations. All of that are part of the body of evidence.]

READ: ‘Prosecute Noy, others on DAP’

DAP was a program of the previous administration, aimed at using savings to fund special projects even without the approval of the House of Representatives or the Senate. Its critics say that DAP was used to allocate funds for senators who would vote in favor of Corona’s impeachment.

In 2014, the funding method was declared unconstitutional by the Supreme Court.

Belgica said the filing of cases was not an attack on the personalities opposed to President Rodrigo Duterte.

He also urged those in the opposition to file similar complaints against their opponents, provided that the complaints could be supported by evidence.

[On the issue that we are being selective and being politically motivated, that’s not true at all, because we are evidence-based.] /atm