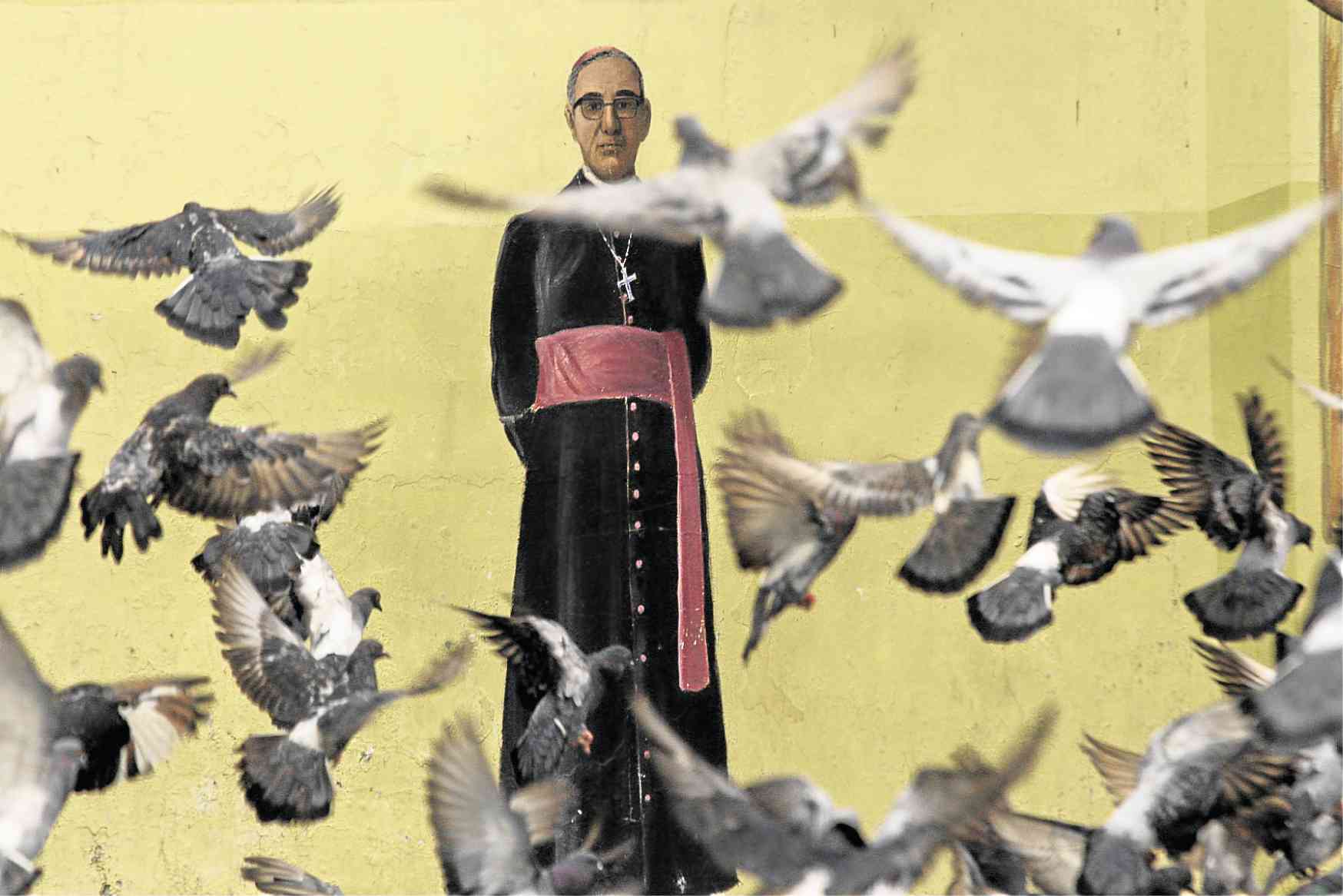 HUMAN RIGHTS FIGHTER Pigeons fly in front of a mural in San Salvador, El Salvador, of Archbishop Oscar Romero, who will be declared a saint on Oct. 14.—AP

LUCENA CITY—On the canonization day of Salvadoran Archbishop Oscar Romero on Sunday, activist priest Fr. Robert Reyes dared Catholic Church leaders in the Philippines to emulate the life of the new saint and speak out against government abuses and violence against the Filipino people.

“Does this silence amidst the extrajudicial killings and injustices against the poor a watered-down version of Christianity and a betrayal of Jesus Christ’s mission?” Reyes said in a phone interview on Saturday.

Reyes said that among bishops in the Philippine Church, only three—Manila Auxiliary Bishop Broderick Pabillo, Caloocan Bishop Pablo Virgilio David and Lingayen-Dagupan Archbishop Socrates Villegas—had the courage to speak out their minds in defense of the poor and helpless.

“The Church is afraid of activism. Is the Church fundamentally reactionary and conservative?” he said.

In a statement, Reyes said Romero heard the same cries from oppressed and murdered Salvadorans during his time.

“But he did not listen in silence. He became their voice,” said Reyes, who displays his activism often by running.

Romero, archbishop of El Salvador, will be declared a saint at a Vatican ceremony on Oct. 14.

Romero was murdered while celebrating Mass on March 24, 1980.