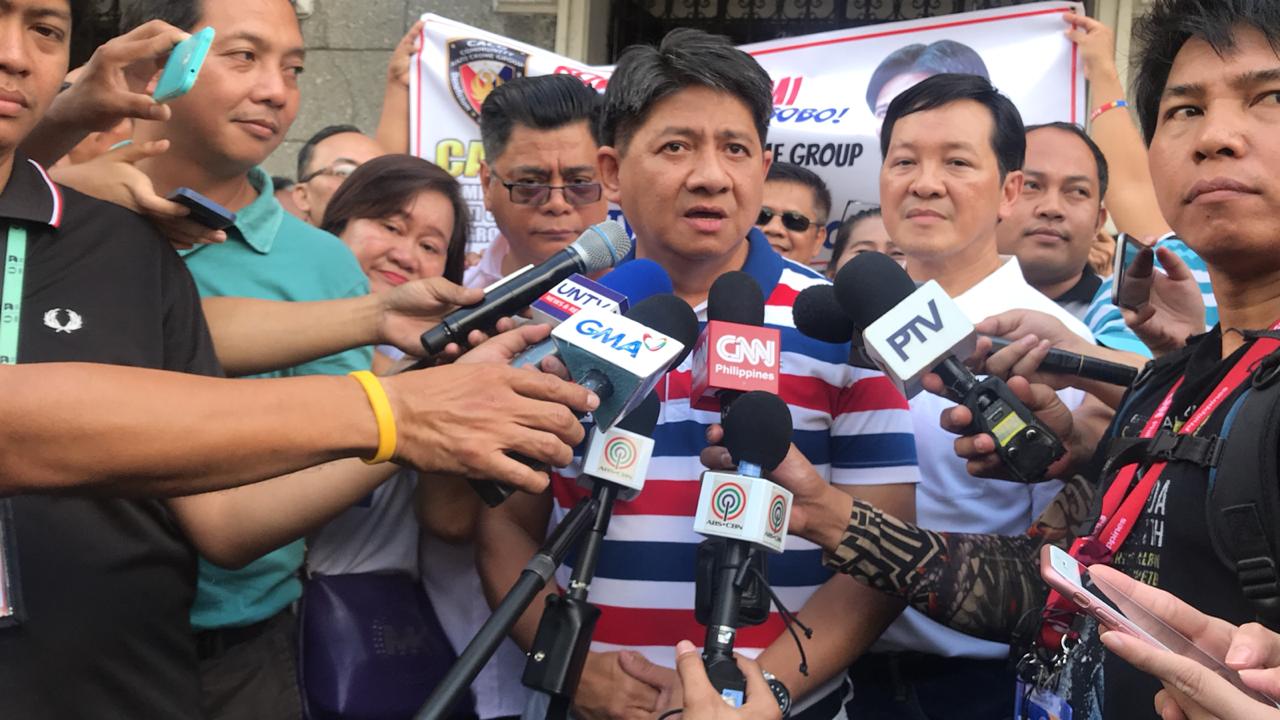 Atty. Larry Gadon is running for Senator in the 2019 elections, and his motivation for doing so is this simple: Too many “stupid” legislators at the Senate.

According to Gadon, these senators must be replaced. He thinks he could be the best replacement as he expressed confidence that he would win the election next year.

READ: ‘I am very confident that I will win’ — Gadon

“Ang dami kasing bobo sa Senado eh, dapat palitan na ‘yan.  Unang-una si Trillanes, si Pangilinan, si Hontiveros, you can quote me on that,” he said before filing his certificate of candidacy at the Commission on Elections (Comelec) in Intramuros, Manila.

When he asked how he would foster a working relationship with Liberal Party senators in case he gets elected, his answer was a stern warning against opposition lawmakers.

The lawyer, who filed an impeachment complaint against former Chief Justice Maria Lourdes Sereno, went viral on social media after he badmouthed her supporters, calling them “bobo” (stupid).

Gadon said that despite his role in the removal of Sereno from office, he was not given and does not expect any favors from the current government.