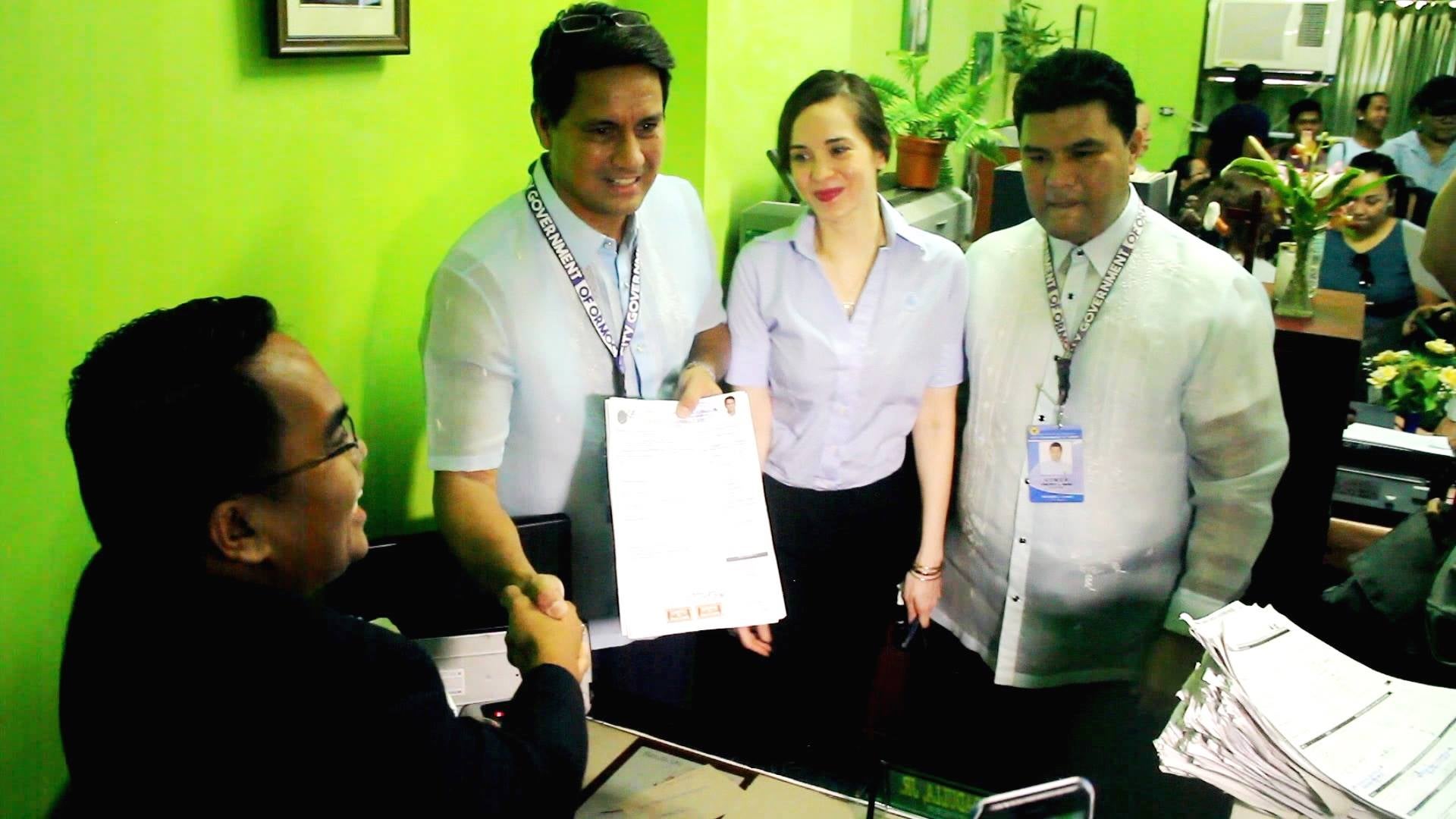 Ormoc City Mayor Richard Gomez is accompanied by his wife, Rep. Lucy Torres-Gomez when he filed his certificate of candidacy for another term as mayor at the Commission on Elections in Ormoc City. With the couple is Vice Mayor Leo Carmelo Locsin Jr. who is also seeking reelection. -Robert Dejon, Inquirer Visayas

Gomez filed his Certificate of Candidacy (COC) for mayor along with his running mate, Vice Mayor Leo Carmelo Locsin Jr., and their entire ticket at the Commission on Elections (Comelec) office here on Thursday afternoon.

Gomez’s ticket dubbed as the “Ormoc Development Team” (ODT) went to the Ormoc Comelec office at about 2 p.m. after attending Mass at the Saints Peter and Paul Parish here.

Gomez and his team were accompanied by a group supporters who carried placards and blue balloons while “Nosi Balasi” of Pinoy rockstar Sampaguita blared in the background.

If reelected, Gomez said the campaign against illegal drugs along with peace and order will remain his top priorities.

He also wanted to bring in big business to boost the economy of the city.

Meanwhile, Rep.Torres-Gomez said she has yet to decide when to file her COC at the Comelec office in Tacloban City, Leyte./muf