TACLOBAN CITY—A 13-year-old boy was killed after he was struck by lightning on Wednesday afternoon as he and his classmates were gardening at the back of their school in Bato town, Leyte. Richard Nabor, a Grade 7 student of Bato School of Fisheries, was declared dead on arrival at Leyte Baptist Hospital in Hilongos town, said Senior Insp. Emy Maceda, Bato police chief, in a phone interview. Maceda said thunderstorms hit the town that day. —JOEY A. GABIETA

PAGADIAN CITY—A truck loaded with fish lost its brakes while traversing the national highway in Dumalinao town, Zamboanga del Sur province, on Tuesday, causing it to slam into seven other vehicles, killing two drivers and injuring seven. Senior Insp. Neil Pugoy, Dumalinao police chief, said the truck from Zamboanga City was on its way to Pagadian City when it went out of control. The truck was owned by Jordan Fishing Corp. in Zamboanga City. One of the dead was driving another truck loaded with construction materials and who was thrown off his vehicle by the impact of the collision. —LEAH AGONOY

KIDAPAWAN CITY—North Cotabato town officials fetched at least 20 minors from the province illegally recruited to work in Saudi Arabia but who were held in Metro Manila because of questionable documents. Marilyn Padios, Public Employment Services Officer of Matalam town in North Cotabato, said at least three of the minors were girls. They were held at the immigration section of Ninoy Aquino International Airport. Padios and Matalam Vice Mayor Cheryl Valdevieso-Catamco went to Manila to pick up the minors. The minors were from Matalam town and were recruited by a certain Marlyn Mantawil of nearby Kabacan town. “These girls are all Muslims and all minors,” Padios said. —WILLIAMOR MAGBANUA 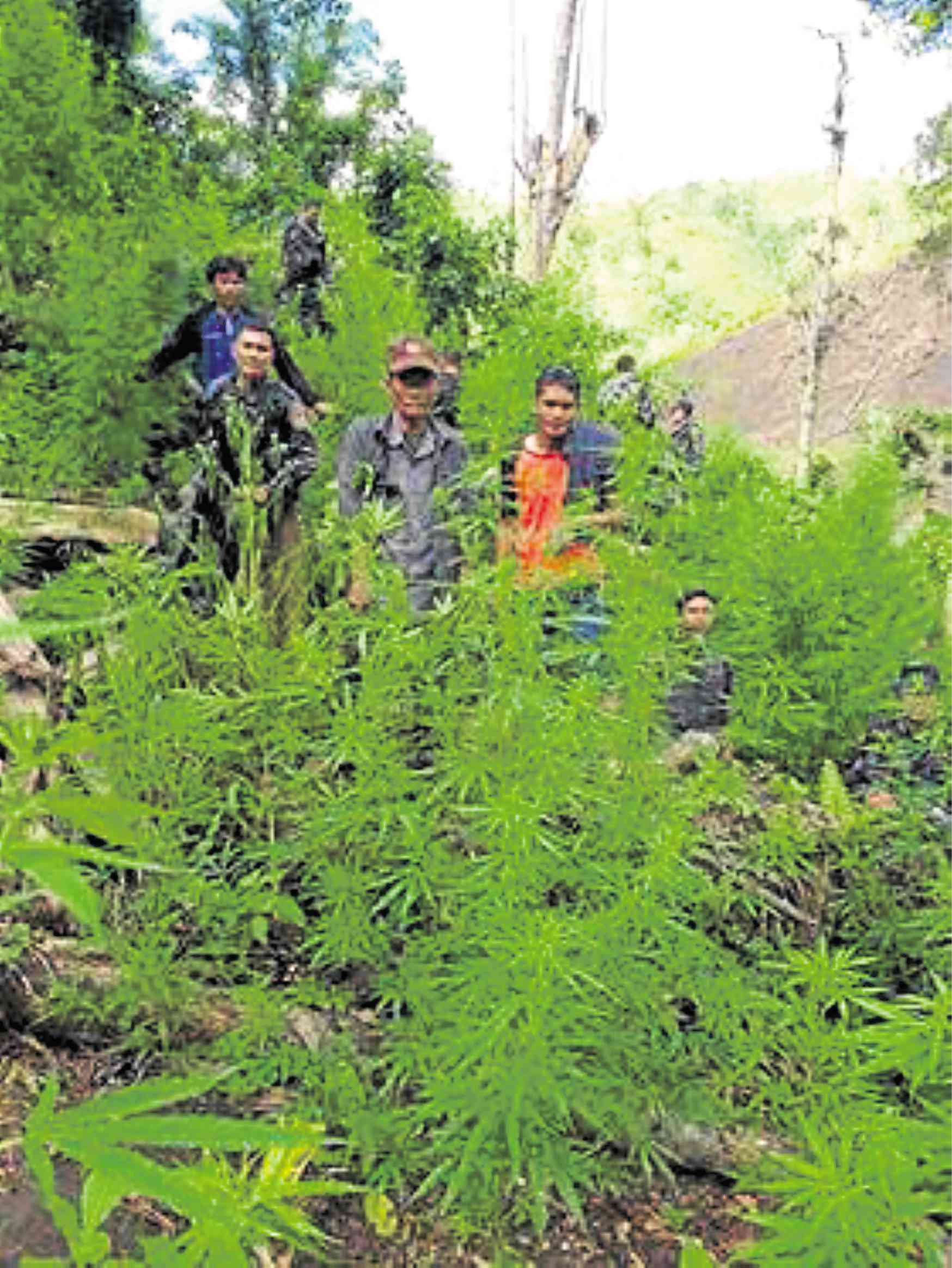 KORONADAL CITY—Police in South Cotabato uprooted more than P750,000 worth of marijuana plants in a plantation in the mountain village of Tampakan, South Cotabato on Wednesday. Chief Supt. Eliseo Tam Rasco, regional police director, said the South Cotabato police raided the marijuana plantation and uprooted a total of 3,000 stems. It took more than five hours for law enforcers to reach the plantation in the hilly part of Danlag, a village in Tampakan. Rasco said soldiers brought 1,500 fully grown marijuana plants for evidence and burned the rest. Rasco said an informant had tipped off the South Cotabato police office about the plantation. President Duterte has made his campaign against drugs his centerpiece program, which drew criticism because of the bloodshed that has been associated with it. Hundreds of suspects have been killed in street executions  or police operations since the launch of the war on drugs. —EDWIN O. FERNANDEZ