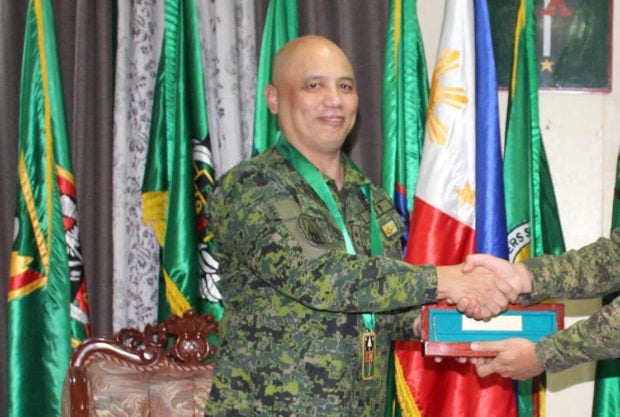 Alberto will assume to lead the 98,000-strong Army on Monday, October 15, when Lt. Gen. Rolando Joselito Bautista steps down from service.

“I wish to inform you that per your letter-endorsement and in accordance with the recommendation of the Chief of Staff, Armed Forces of the Philippines and Chairman, AFP Board of Generals, pursuant to Republic Act No. 8186, as amended by Republic Act No. 9186, the designation of Maj. Gen. Macairog Alberto as Commanding General, Philippine Army vice Lt. Gen. Rolando Joselito Bautista is hereby approved effective Oct. 15, 2018,” the letter dated Oct. 10 read.

This was also confirmed by Executive Secretary Salvador Medialdea.

Alberto, a member of the Philippine Military Academy Class of 1986, was the commander of Task Force Davao from June 2014 to August 2015, the same time Duterte was mayor of Davao City.

A Scout Ranger officer, he also finished other trainings in counter terrorism and intelligence. He has a degree on Strategic Security Studies and a Master’s Degree in Public Management.