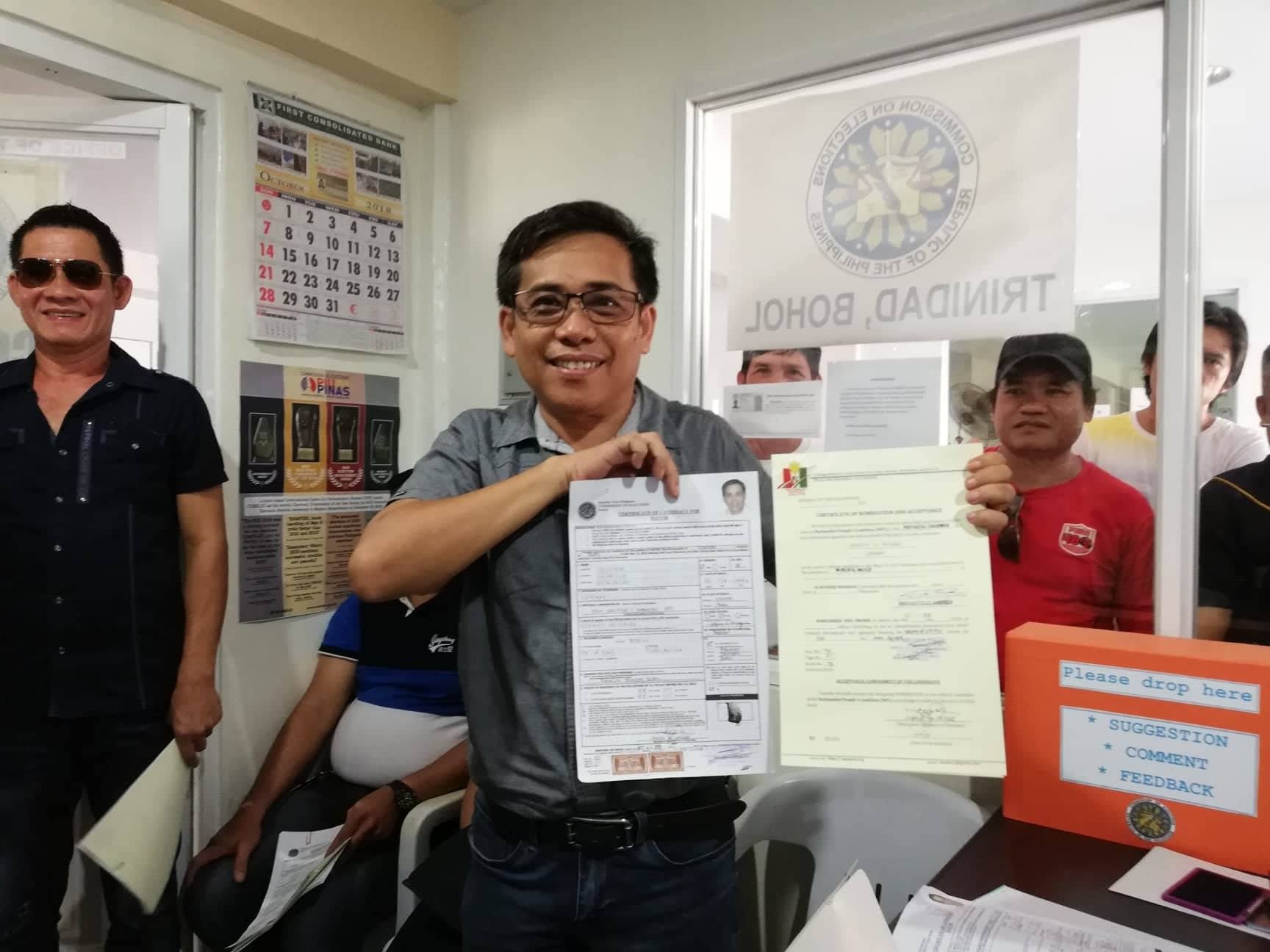 TRINIDAD, Bohol–A village chief and his three councilors in this town were among the early birds to file their certificates of candidacy (COC) at the Commission on Elections (Comelec) office on Thursday.

Barangay captain Johnny Orioque of Poblacion, Trinidad who is also the editor and publisher of The Bohol News Today and Bohol Balita Daily News, filed his COC for town mayor at 9:30 a.m. under the Nationalist People’s Coalition (NPC).

His COC was accepted by Trinidad election officer III Cecelia Araceli Balili who said Orioque was the first candidate to have filed a COC in the province.

“I just want to file early to prove that we are serious and aggressive in our campaign for change,” Orioque said.

He said he would focus on the town’s agriculture which he said was neglected.

“I am real and genuine Trinidadnon. I know how a Trinidadnon feels and I know what a Trinidadnon needs for the development and change in our municipality,” he added.

Orioque was accompanied by wife Jessica, some supporters and three candidates for councilor -Ireneo Acuña, Carmilo Tabada and Jose Marlon Autentico  —in the Comelec.

Out of eight seats in the municipal council, Orioque only has three candidates in his slate who also have filed their respective COCs.

Cempron also reminded candidates affiliated with a political party to attach their Certificates of Nomination and Acceptance (CONA) to the COCs otherwise they would be considered as independent bets. /muf