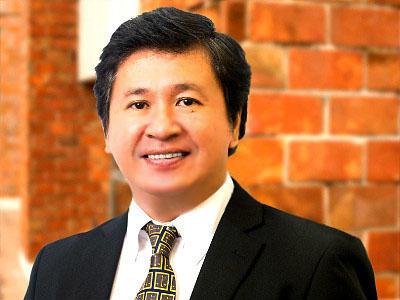 Justice Secretary Menardo Guevarra confirmed the President’s seventh appointee to the high tribunal in a text message to reporters on Wednesday.

Hernando will fill up the vacancy left by former Associate Justice Samuel Martires, whom the President appointed on July 26 to head the Office of Ombudsman.

At 52, Hernando would sit in the Supreme Court for almost 18 years.

Hernando rose through the ranks and considers his appointment to the Supreme Court a homecoming of sorts.

He was a state prosecutor with the Department of Justice for five years from June 1998 to October 2003, before he was appointed presiding judge of the San Pablo City Regional Trial Court (RTC) in Laguna from Oct. 29, 2003, to May 21, 2006.

From May 22, 2006, until his appointment to the appelate court three and a half years later, he served as presiding judge of Quezon City RTC Branch 93.

Like the President, Hernando earned his law degree at San Beda College of Law in 1990. He passed the bar in September 1991.

The newly minted lawyer became a member of the staff of then Supreme Court Associate Justice Edgardo Paras from October 1991 to July 1992.

He then served in the staff of the late Associate Justice Florenz Regalado from July 1992 to June 1998.

Bersamin, the third most senior member of the high court, informed the Judicial and Bar Council (JBC) that he accepted the nomination.

Under the rules of the JBC, which selects the official candidates for vacancies in the judiciary, the five most senior members of the Supreme Court are automatically nominated for Chief Justice.

They have until Oct. 15 to accept or decline their nomination. / kga /pdi /atm