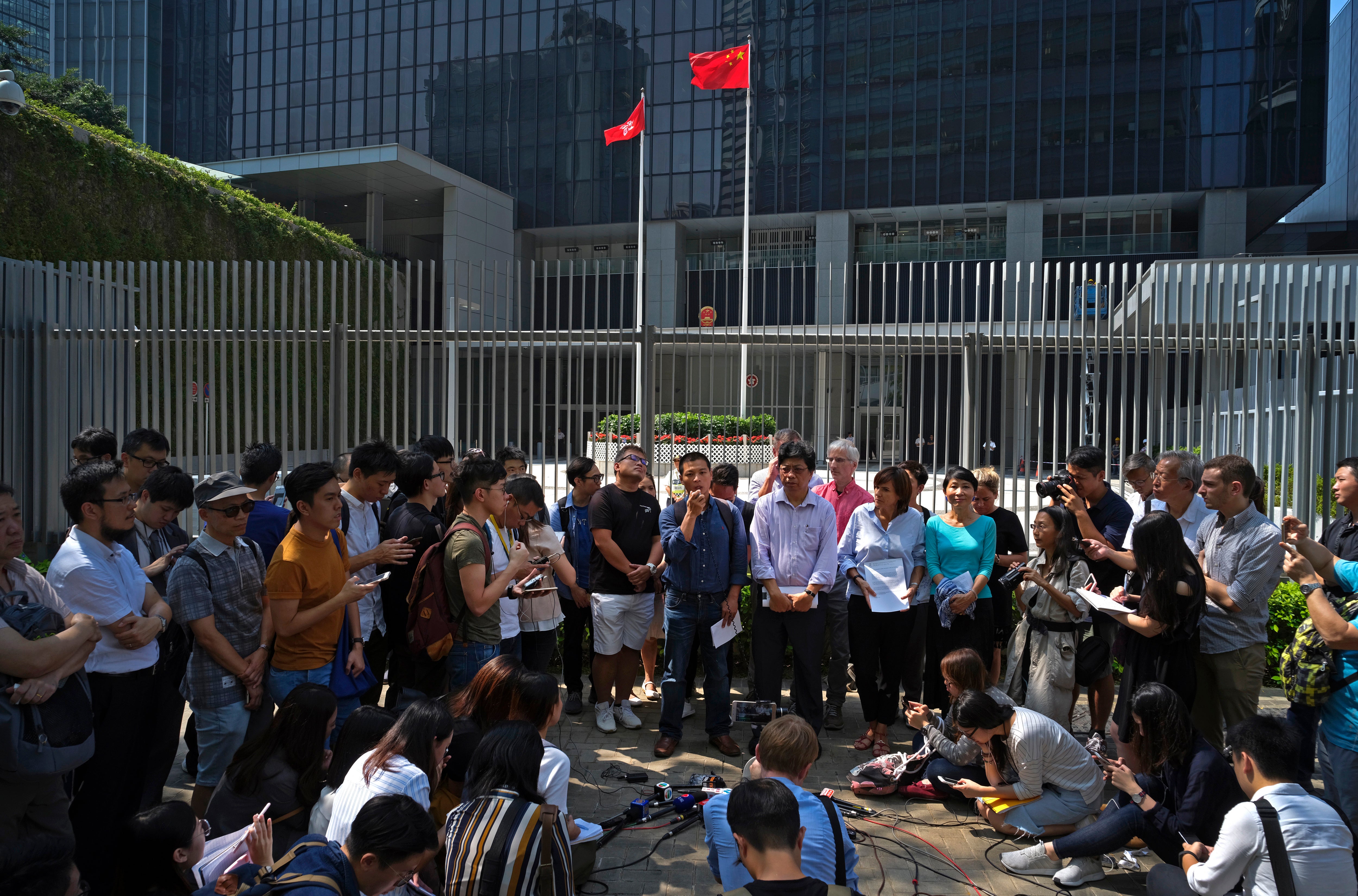 Representatives from major media associations talk to reporters after they hand in a letter expressing their concerns to Hong Kong’s government outside the government headquarters in Hong Kong Monday, Oct. 8, 2018. Hong Kong government has refused to renew the work visa of Victor Mallet, a senior editor of the Financial Times, in what human rights activists say is the latest sign of a deteriorating human rights situation in the semi-autonomous Chinese territory. (AP)

HONG KONG — Hong Kong journalist groups have expressed dismay over the government’s refusal to renew a work visa for a Financial Times editor.

Representatives from the Hong Kong Foreign Correspondents’ Club, Hong Kong Journalists Association and other journalism advocacy groups gathered at the Central Government Offices on Monday and handed a letter of protest to a Hong Kong Government representative.

“We are shocked and deeply concerned over the decision by the Hong Kong authorities to refuse a work visa renewal for Victor Mallet, Asia News Editor for the Financial Times,” said Chris Yeung of the Hong Kong Journalists Association.

He said the denial of a visa to Mallet “sets a terrible precedent for Hong Kong’s reputation as a place where the rule of law applies and where freedom of speech is protected by law.”

China has defended its decision to deny a new work visa for Mallet, who is vice president of the Foreign Correspondent’s Club. Authorities have criticized the club for hosting a talk in August by the leader of a now-banned pro-Hong Kong independence party.

Hong Kong was promised semi-autonomy for 50 years as part of its 1997 handover from British rule, allowing it to retain its limited democracy and rights to assembly and free speech that are denied on the Chinese mainland.

Rights groups have called the visa rejection the latest sign of Beijing’s expanding restrictions on the territory, including legal cases brought against pro-democracy legislators and organizers of large-scale anti-government protests in 2014.

The London-based Financial Times said in a statement that it was given no reason why Mallet’s application was rejected.

The Foreign Correspondent’s Club is an institution dating back more than 75 years ago to when Hong Kong was a British colony.