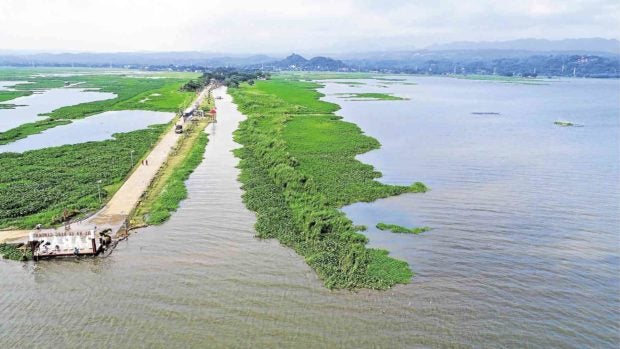 GREEN ENERGYThis park along the shoreline of Laguna Lake in Baras town, Rizal province, gets its electricity from solar panels floating on the lake. —PHOTO FROM LAGUNA LAKE DEVELOPMENT AUTHORITY

SAN PEDRO CITY — The government is testing the viability of harvesting solar energy through panels floating on Laguna de Bay, another potential use of the massive water body for renewable energy.

So far, at least two sites in the 90,000-hectare Laguna de Bay have been identified for the tests that would run for a year.

Another power company, Vena Energy, was expected to commission a solar test bed in Los Baños, Laguna, after signing a memorandum of understanding with the local government and the Laguna Lake Development Authority (LLDA).

The Los Baños test site could energize government offices in the town.

The LLDA has approved the use of up to 1,000 square meters per site, although private companies have so far limited each pilot area to only 200 sqm.

Jun Paul Mistica, head of the LLDA project management and evaluation division, said among the things they wanted to find out were if the solar beds would last given the weather conditions and their possible effects on the lake’s natural ecosystem. 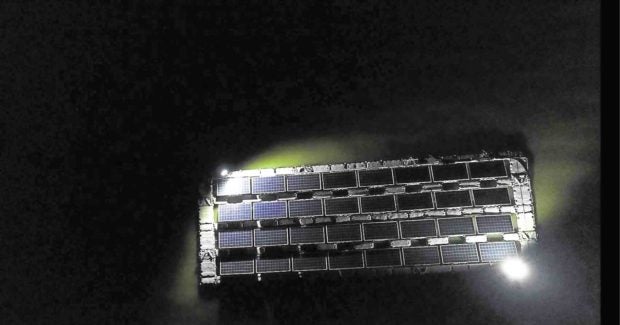 He said the tests would last for a year to expose the solar beds to both the rainy and dry seasons in the Philippines.

“The [solar panels] are floating so they create a shadow effect, like putting a roof [on the water surface],” Mistica said.

“Will they have positive or negative effects on living things beneath the water?” Mistica added in a phone interview on Monday.

The LLDA, he added, also wanted to see how feasible power generation would be in Laguna Lake that has long been exhausted for “bangus” and tilapia aquaculture.

Mistica said the initiative was the first of its kind in any water body in the Philippines, although similar technologies had been used in other countries usually in water reservoirs.

He said putting the solar panels on the lake, instead of mounting them on the ground, reduced the need for land that could be instead allotted for agriculture.

The government did not spend anything for the pilot tests, the results of which would be used as basis for policies, he said.