BI order vs Sister Fox ‘not surprising at all’, says lawyer | Inquirer News

BI order vs Sister Fox ‘not surprising at all’, says lawyer 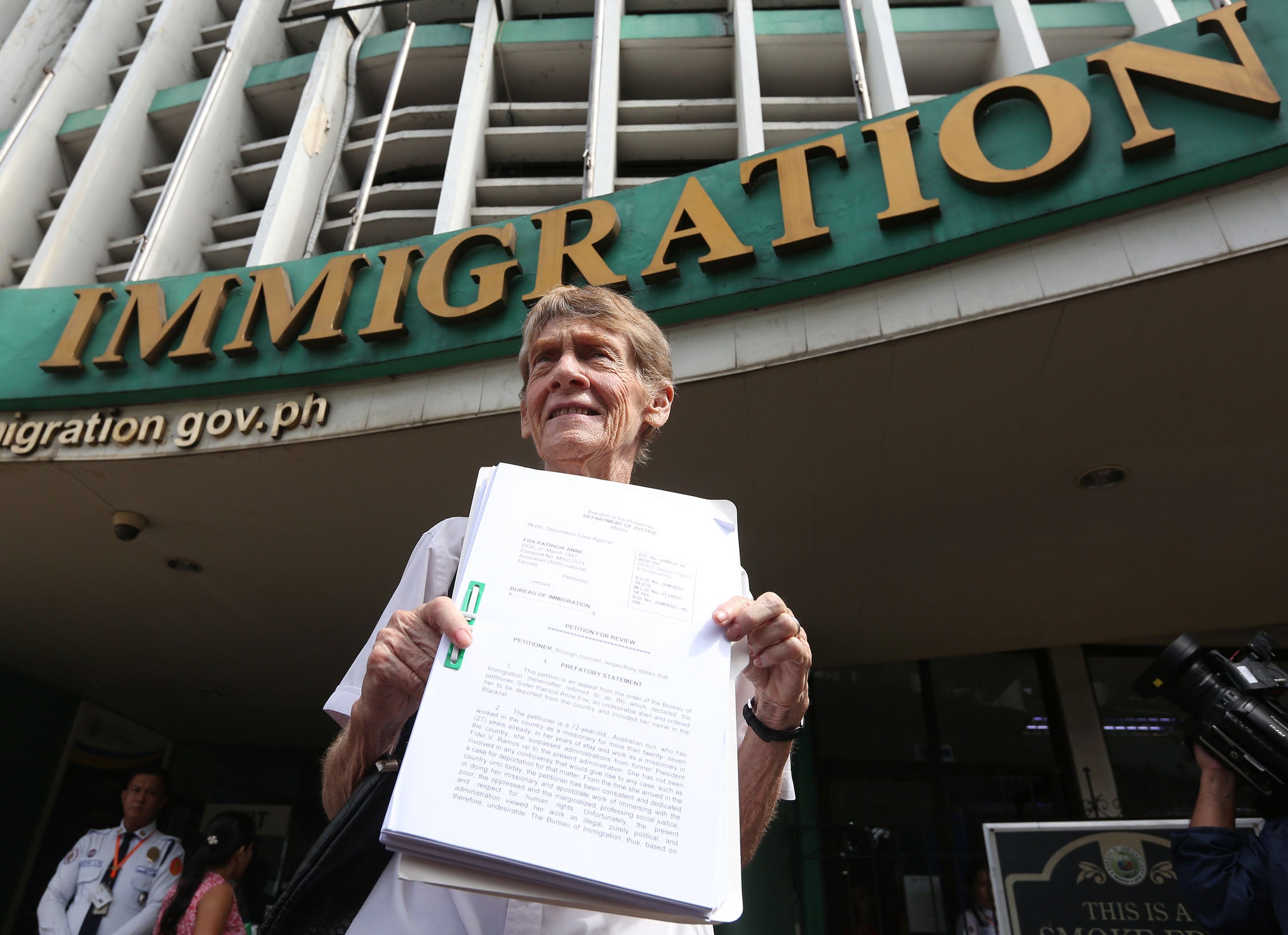 The order of the Bureau of Immigration (BI) denying Sister Patricia Fox’s bid for the renewal of her missionary visa “is not surprising at all.”

The Australian missionary’s counsel, Katherine Panguban, made this remark as she asserted that it’s been clear that the BI just wants Fox out of the country.

“It is not surprising at all that the BI maintained its position against Sr. Pat’s application,” Panguban said in a statement Monday.

According to Panguban, the BI has long prejudged the case of Fox so that it “consciously turns a blind eye and deaf ears to reason and evidence.”

She also said the BI merely “gives in to the whims and caprice of its master in Malacañang.”

Panguban noted that the BI order against Fox as well as its directive to blacklist another American-Australian – Gill Boehringer, an advocate for the Lumad – mirrors the policy of President Rodrigo Duterte against his critics.

According to Panguban, Fox is set to file her reply on the comment of the BI on her petition for review before the Department of Justice (DOJ) on Monday, October 15, regarding the deportation order filed against her.

Fox’s camp then challenged the DOJ to settle the issues on her plea, particularly the right of foreigners to exercise their freedom of expression and assembly, which she said the BI has “refused to squarely address and simply brushed aside.” /kga