Inflation impact on Bicol worse than that of ‘Ompong’ – solon 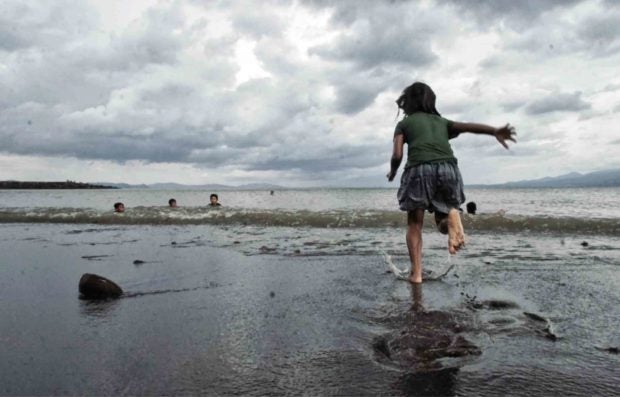 CALM BEFORE STORMChildren venture into the beach in Legazpi City, a day before Typhoon “Ompong” struck Albay province in September. —MARK ALVIC ESPLANA

LEGAZPI CITY — The impact of double digit inflation in the Bicol region, at 10.1 percent, was worse than that of Typhoon “Ompong” (international name: Mangkhut), according to Albay Rep. Joey Salceda, a noted economist.

The situation, according to Salceda was “tempus horribilis (horrible time)” worse than what Ompong wrought on Bicol, the country’s fourth poorest region.

High prices would hurt most the region’s poor, which make up 30 percent of the population, Salceda said.

The Philippine Statistics Authority (PSA), in a report in September, said average inflation that month (6.7 percent) continued to move at a pace quicker than that of August (6.4 percent).

Inflation was higher outside the National Capital Region at 6.8 percent in September, the PSA said.

All regions, according to the PSA, registered higher inflation in September.

Rhondon Ricafort, a government employee, said the current salary of an ordinary worker could not cope with rising prices of goods.

The region’s double digit inflation, Ricafort said, was “a bad sign detrimental to the purchasing power of a regular employee.”

Ed Yu, also a government employee, said the increase in salary of government workers “is being eaten by the high prices of basic commodities including other necessities.”

“The Duterte administration must address these skyrocketing prices,” Yu said.

“Otherwise, whatever gain it has achieved for the past two years will go to naught,” he said.

According to Salceda, part of the blame for high inflation rests on the National Food Authority (NFA).

The NFA is being blamed for a shortage of government-subsidized rice, which is also seen as a major cause of spikes in rice prices.

“This reflects NFA’s criminal mismanagement given that Bicol was not hurt by any adverse weather event within 2018 and the region is, by Department of Agriculture’s own accounting, rice-sufficient,” he said.

Salceda, economic adviser of former President Gloria Macapagal-Arroyo, said rising prices of meat, fish and vegetables could be attributed to rising cost of inputs, tariff, excessive trade margins and the impact of Ompong on the Cordillera Administrative Region, which accounted for 70 percent of vegetable supply in Luzon. 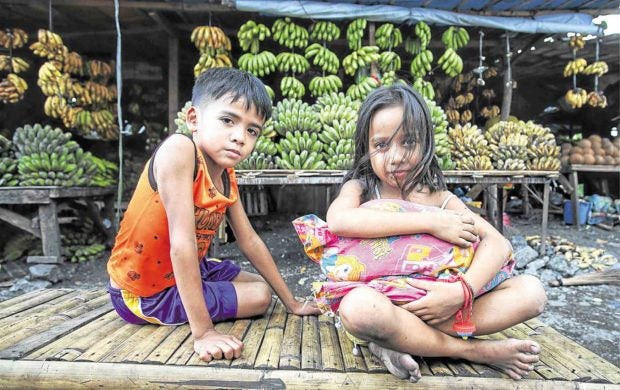 Salceda expressed lament that the Duterte economic strategy targeted a decrease in poverty level by 1 percent per year, but it appeared to be unreachable.

“Instead, the unhappy confluence of adverse external head wind, perverse impact of climate change and self-inflicted mismanagement will result in an increase of 3.36 percent” in poverty level, Salceda said.

Maria Indra Menghamal Dado, a businesswoman, said that although rising prices was a challenge to workers, demanding a wage increase would make it worse.

“Too much competition, high taxes, labor demands,” she said.