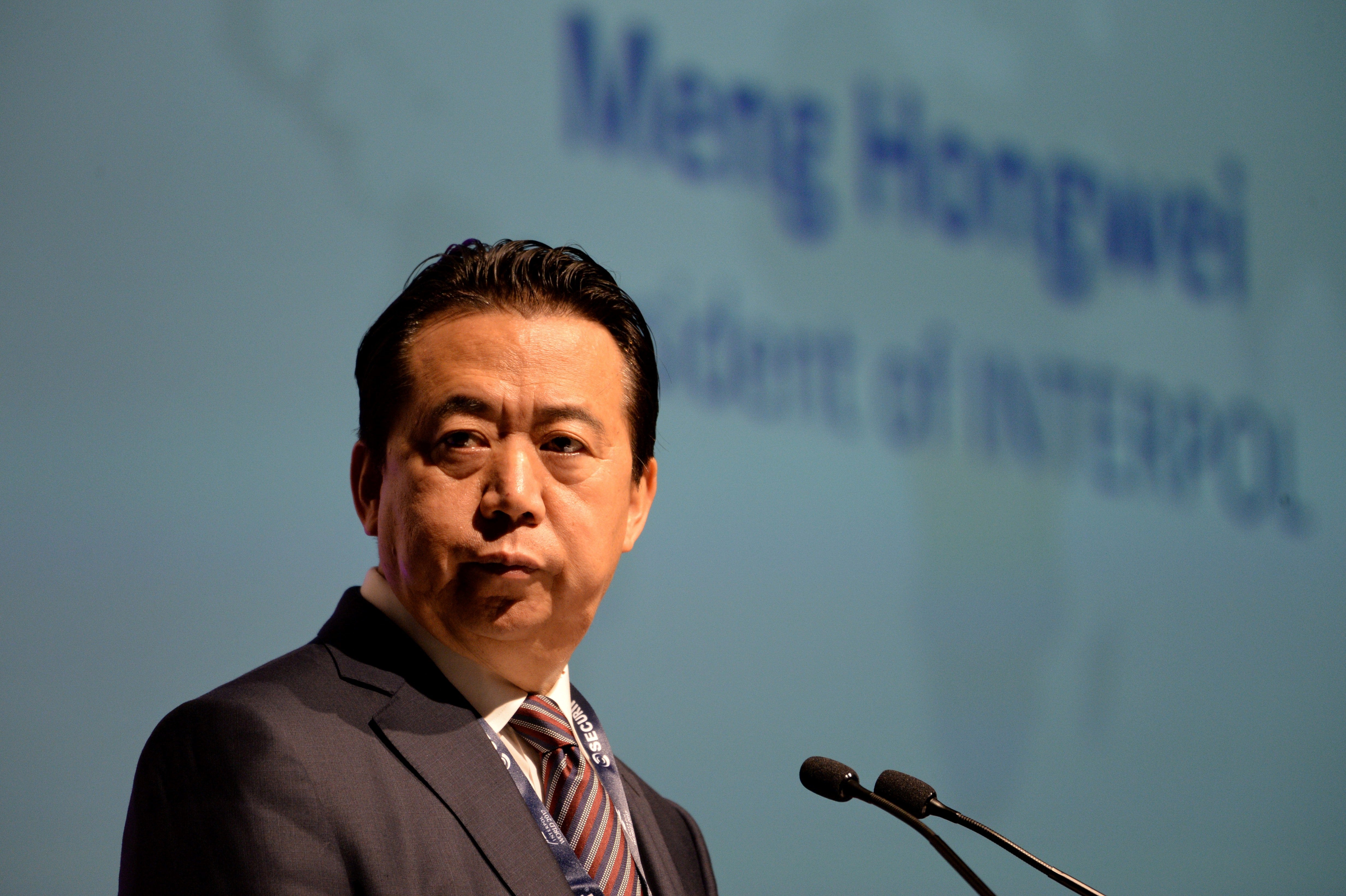 (FILES) In this file photo taken on July 4, 2017 Meng Hongwei, president of Interpol, gives an addresses at the opening of the Interpol World Congress in Singapore.  An investigation into Meng Hongwei’s disappearance was launched on October 5, 2018 according to a source close to the case. Meng Hongwei had not been heard since traveling to China at the end of September. / AFP PHOTO / ROSLAN RAHMAN

China remained silent Saturday over the disappearance of the head of Interpol, deepening the mystery over the international police chief’s fate after reports said he was detained for questioning on arrival in his homeland.

Meng Hongwei, 64, was last seen leaving for China in late September from the Interpol headquarters in Lyon, southeast France, a source close to the enquiry told AFP. His wife has since reported him missing.

It is the latest high-profile disappearance in China, where a number of top government officials, billionaire business magnates and even an A-list celebrity have vanished for weeks or months at a time.

Beijing has so far said nothing on Meng’s case. The Ministry of Foreign Affairs did not respond to a request for comment from AFP.

But news of his absence was swiftly followed by speculation that Meng — who also serves as a vice minister of China’s Ministry of Public Security — had been swept up in Beijing’s secretive anti-corruption campaign.

Citing an anonymous source, the South China Morning Post said authorities from the country’s disciplinary commission had snatched Meng upon arrival in Beijing.

While the law requires authorities to inform family members of a detention, it makes exceptions for cases involving national security, terrorism, or concerns over destruction of evidence or witness tampering.

People have been known to disappear into the commission’s custody for weeks or even months without a word.

“This is a matter for the relevant authorities in both France and China,” the police agency said on Twitter, adding it would make no further comment.

It is not clear why Meng — the first Chinese president of Interpol — would be under investigation.

Chinese president Xi Jinping has presided over a popular anti-graft drive since coming to power in 2012 that has punished more than one million officials, with critics comparing it to a political purge.

Meng rose up the ranks of the country’s domestic security apparatus when it was under the leadership of Zhou Yongkang, a rival to Xi and the highest-ranking official to be brought down on corruption charges.

Zhou — who was sentenced to life in prison in 2014 — was subsequently accused of conspiring to seize state power and authorities have continued working to root out his influence.

In the role Meng has been entrusted with a number of sensitive portfolios, including heading up the country’s counter-terrorism division, which saw him in charge of the response to several major incidents in China’s fractious western region of Xinjiang.

Critics of Meng’s 2016 election to Interpol’s presidency said he would use the position to help China target dissidents abroad under the guise of pursuing corrupt officials.

Interpol has downplayed the concerns, saying the president has little influence over the organization’s day-to-day operations, which are handled by secretary-general Juergen Stock, a German.

The Chinese effort to track down corrupt officials abroad, known as Operation Fox Hunt, has led to claims in some countries that Chinese law-enforcement agents have been operating covertly on their soil without the approval or consent of local authorities.

Authorities in China and Hong Kong have accused Guo, who resides in the United States, of laundering billions of dollars among other crimes. /muf