A rift at Facebook after exec attends Kavanaugh hearing 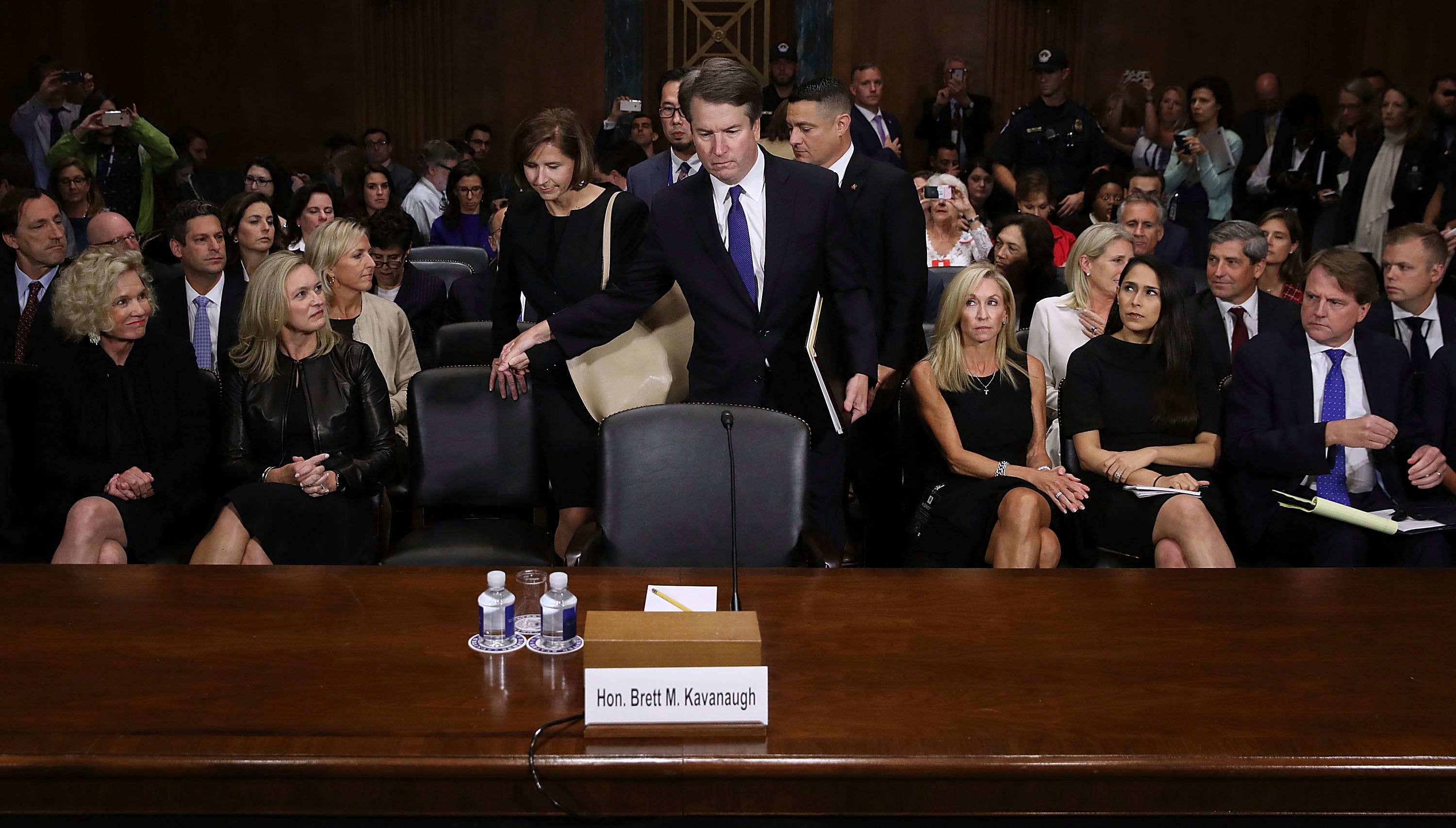 Supreme Court nominee Brett Kavanaugh arrives to testify before the Senate Judiciary Committee on Capitol Hill in Washington in this September 27, 2018 file photo. Seated second row, second from left, Joel Kaplan, Facebook’s vice president for global public policy. Kaplan is a friend of Kavanaugh’s and showed up at the hearing last week. (Pool Photo via AP)

NEW YORK — The appearance of a Facebook executive behind Supreme Court nominee Brett Kavanaugh during his contentious confirmation hearings has created some rifts at the company.

Joel Kaplan, Facebook’s vice president for global public policy, is a friend of Kavanaugh and worked with him during the George W. Bush administration. Kaplan was seated in a section reserved for Kavanaugh’s friends and family during the hearing. Kavanaugh is facing allegations of at least one sexual assault decades ago.

Kaplan wrote Facebook staff in a memo last week that he is aware that this is a “deeply painful” moment, according to several media outlets. Those reports say that some employees took his appearance as an endorsement of Kavanaugh.

According to the reports, CEO Mark Zuckerberg told staff at a regularly scheduled meeting last week that Kaplan didn’t break company rules. The issue is expected to come up again at a meeting Friday.

In a statement Friday, Facebook said its leadership “made mistakes handling the events of the last week and we’re grateful for all the feedback from our employees.”

The internal turmoil comes at a difficult time for Facebook.

Less than two weeks ago, the co-founders of Instagram resigned abruptly amid disagreements with Zuckerberg. Last Friday, meanwhile, the company disclosed a massive hack it found affecting as many as 50 million users.

And this week, child advocacy groups filed a complaint with the Federal Trade Commission saying its kid-focused messaging app violates federal rules against collecting data on kids under 13 without parental permission.