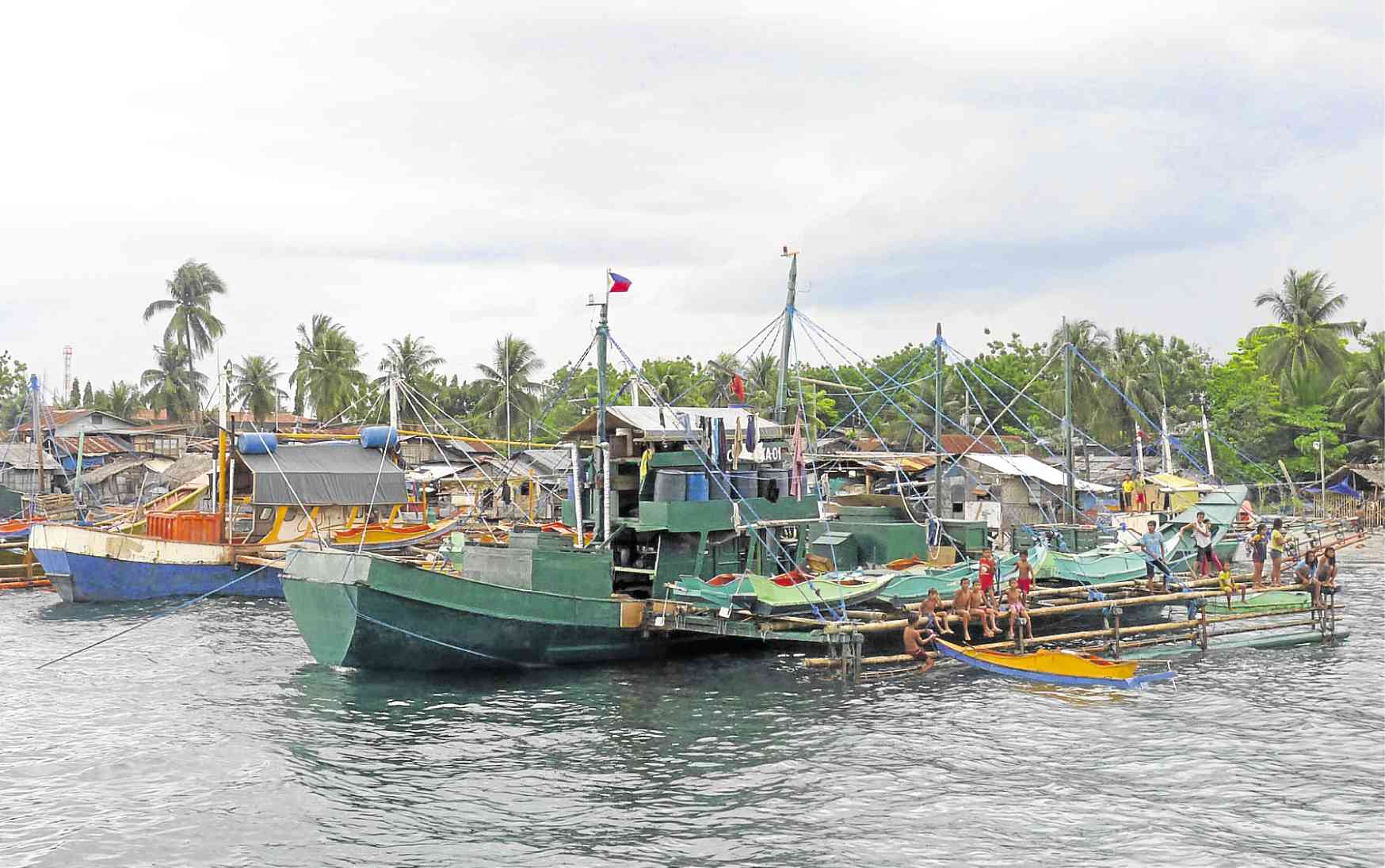 ROCKING THE BOAT Tuna fishing vessels dock at a coastal village in General Santos City. Boat operators plea for government subsidy similar to that being given to jeepney operators due to rising gas prices. – BONG S. SARMIENTO

From a Romblon resident who complained he has to spend P40 more to fill his motorcycle’s gas tank to commercial tuna fishers in General Santos City who feared losing buyers if forced to increase prices by at least 14 percent, gas prices are wreaking havoc on people’s lives nationwide.

In Romblon, the municipal government of Odiongan asked the Department of Energy (DOE) to put a cap on gasoline prices after fuel costs soared to as high as P71 per liter.

The mayor of Odiongan, Romblon’s only first-class municipality, pleaded to the national government to intervene.

Elsewhere in Romblon, the price of diesel has reached P54.55 per liter and gasoline, P65.40.

Local traders blamed the markup on higher cost of transporting petroleum products from refineries in Manila, Batangas and Quezon.

Mayor Trina Firmalo-Fabic said oil prices in her town had gone up by P10 to P12 per liter since January.

Town officials checked prices in gasoline stations and found the biggest increase at P5.10 per liter on diesel.

A resident, Paul Fos, 23, said he used to spend P210 to fill his motorcycle tank with a capacity of 4 liters. 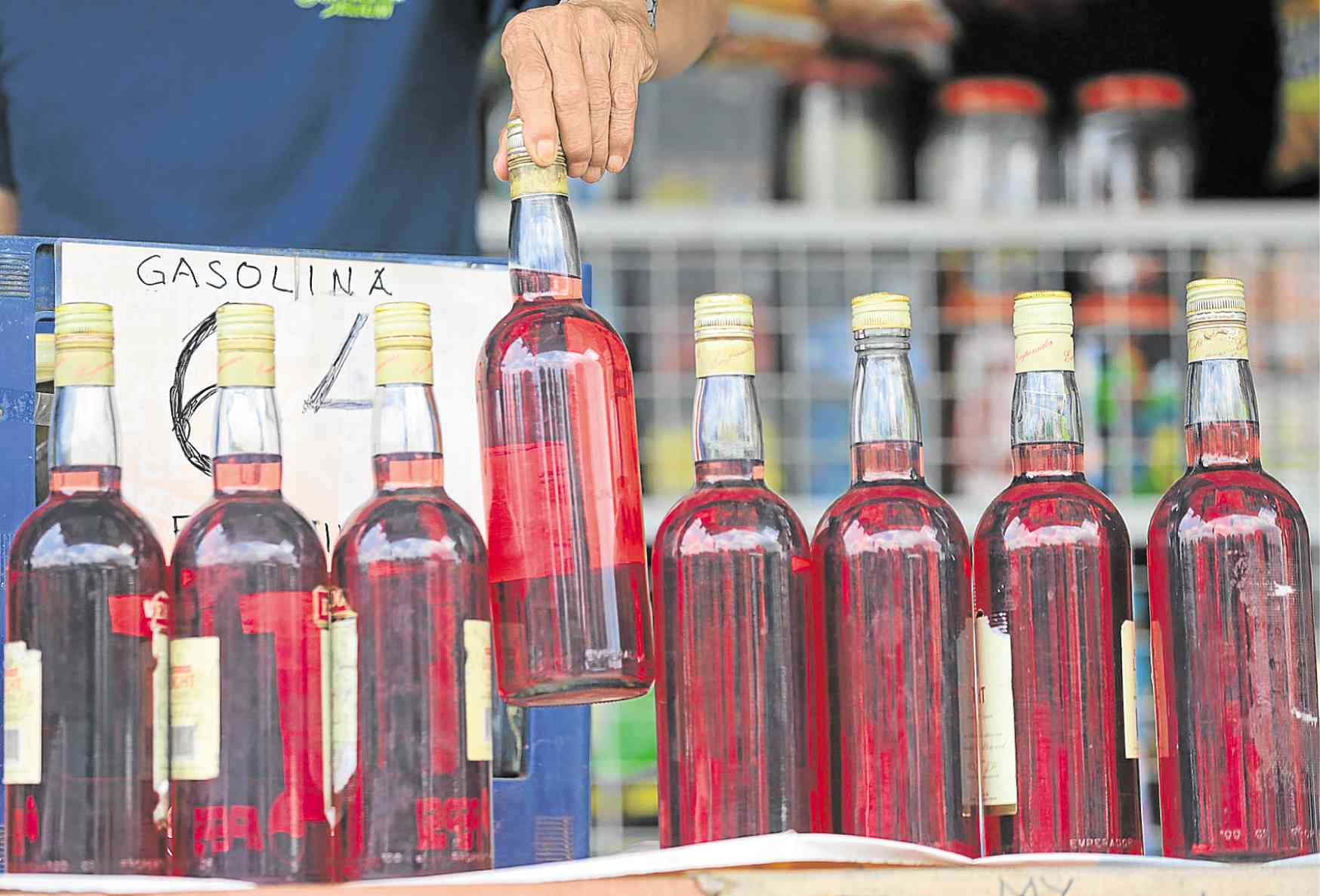 “I could have saved the difference for my breakfast,” said Fos.

Mayor Fabic said, through a town council resolution, the municipal government would ask the DOE to regulate fuel prices.

She said the municipal government would also require gas stations to make signs announcing prices highly visible to allow motorists to compare prices before filling up.

The municipal government, she added, would inspect gasoline stations to make sure pumps were properly calibrated.

“With prices already high, dispensing less gas than what it should be only adds burden to consumers,” Fabic said in a phone interview.

She said although she expected it, the oil price increase had yet to spill over to prices of other basic goods like meat, fish or rice.

In General Santos City, soaring fuel prices were also threatening to sink an industry that has been intertwined with the city—tuna fishing.

Players in the tuna industry, which brought fame to the city and carved its name as the undisputed “tuna capital of the Philippines,” urged the government to consider fuel subsidy for them.

Raul Gonzales, spokesperson for Alliance of Tuna Handliners, said operators of fishing vessels should get fuel subsidy like that being given to jeepney operators.

Fuel accounts for some 70 percent of expenses in tuna fishing, according to data from the Socsksargen Federation of Fishing and Allied Industries Inc. (SFFAII).

She said the proposed excise tax of P6 per liter would result in a 20.44-percent increase in the price of fuel products, significantly increasing the operating costs of tuna fishers.

Contreras said if tuna producers would pass on the additional cost to consumers, prices of tuna would increase from 12 to 14 percent.

“This will have an impact on the price competitiveness of Philippine tuna products,” she said.

Buyers of Philippine tuna abroad, she added, may be forced to look for other sources.

As of Oct. 4, the average price of diesel in General Santos and surrounding areas was P50.80 per liter and P54.07 for gasoline.