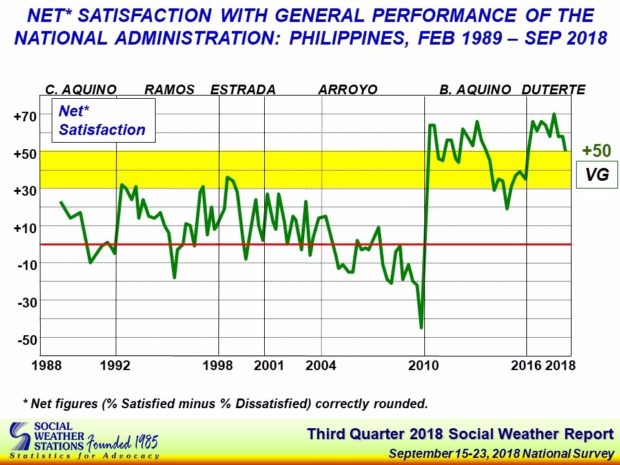 The net satisfaction rating of the Duterte administration suffered an eight-point drop in the third quarter of 2018, Social Weather Stations (SWS) survey results showed on Friday.

The latest rating suffered significant drop compared with the 72% in June 2018.

The September 2018 survey had a face-to-face interview with 1,200 adults with the age group of 18 years old and above. There were 300 each interviewed in Metro Manila, Balance Luzon, Visayas and Mindanao.

The survey had sampling error margins of ±3% for national percentages, and ±6% each for Metro Manila, Balance Luzon, Visayas, and Mindanao. /jpv