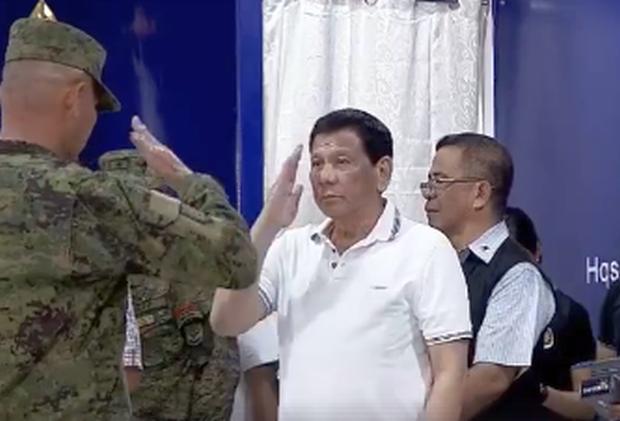 The result of the endoscopy of President Rodrigo Duterte showed a possible “growth” in his digestive tract that prompted him to make further examinations, Malacanang said Friday.

Presidential Spokesperson Harry Roque said Duterte revealed about the result of his endoscopy during the joint command conference of the police and the military in Malacanang on Thursday.

“Endoscopy is what he underwent. And I think endoscopy was recommended from his own words ha, in the general staff command conference, because they wanted just to be sure that there was a growth and they wanted to know more about the growth. So I think that’s the context of why he said if it’s cancer, it’s cancer,” Roque said in a Palace briefing.

Duterte, in a speech before alumni of the Philippine Military Academy on Thursday, admitted that he underwent a medical checkup at the Cardinal Santos Hospital in San Juan City on Wednesday.

“I don’t know where I’m now physically but I have to wait for that. But I will tell you if it’s cancer, it’s cancer. If it’s 3rd stage, no more treatment. I will not prolong the agony in this office or anywhere,” Duterte said.

Roque said Malacanang would be “compelled” to release the President’s medical bulletin if it’s serious.

“But as I said, the result of the examination whether or not it could be made public will depend on what they find out. If it’s not serious they have no right to inquire into it, if it is serious he will be compelled to share it with the nation,” he said.