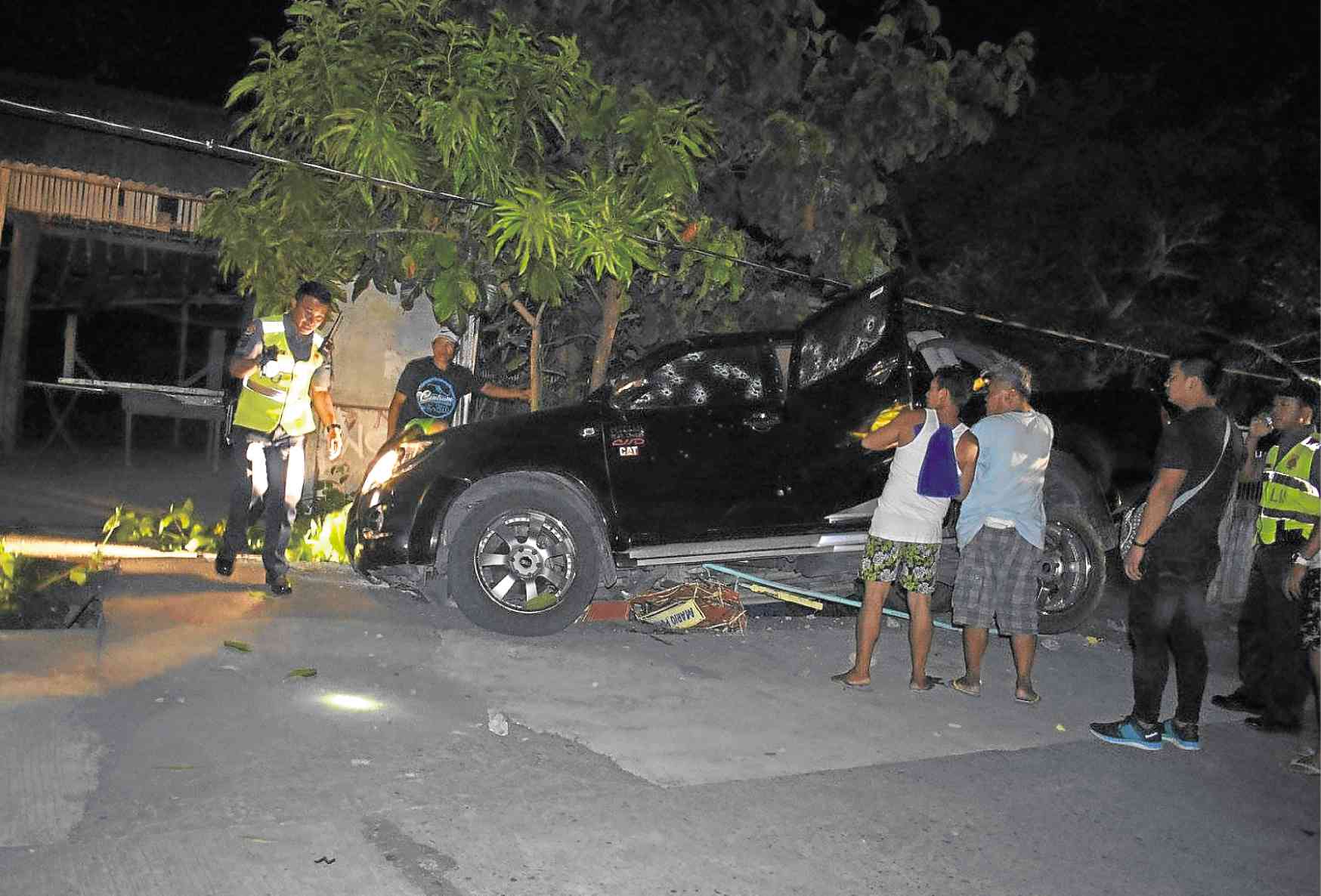 Police are predicting more political violence as the midterm elections draw near, citing the assassination on Monday of Alexander Buquing, mayor of Sudipen, La Union, as an example.

In a press conference on Tuesday at the Philippine National Police headquarters in Camp Crame, PNP spokesperson Chief Supt. Benigno Durana said “there is always a spike” in violence during elections “if we study” patterns.

Buquing was the 12th mayor killed under the Duterte administration.

Unlike many of the other slain mayors, however, Boquing was not on President Duterte’s list of officials suspected of involvement in the drug trade.

Buquing was killed on Monday night.

His wife was seriously wounded and their driver was killed in the attack which took place as the couple were on their way home from a wake in the town of Bangar.

A policeman, PO2 Rolando Juanbe, who hitched a ride with the couple, was also killed.

Durana said “witnesses accounts and physical evidence” had been gathered.

A task force had been formed but Durana said police were allowing the family “space while they are grieving.”

The mayor’s wife, Wendy Joy, who is also vice mayor of Sudipen, has been given additional bodyguards, according to Durana.

“There is a threat to her life as the remaining victim and witness,” he said.

In May, shortly before the village and youth council elections, former La Union Rep. Eufranio Eriguel and two of his bodyguards were killed in Agoo town as he campaigned for his candidates.

Police arrested a former candidate for village chair and ally of Eriguel’s rival.

The killing perplexed the family as Wendy Joy was preparing to leave politics and not run in next year’s elections, according to Melvin Macusi, councilor of Sudipen town.

Macusi was supposed to run for vice mayor with Buquing.

It was the Buquing couple’s decision for Wendy Joy to leave politics, Macusi said. But he did not explain why.

Wendy Joy was severely wounded but was in stable condition after her husband shielded her during the attack.

Chief Insp. Silverio Ordinado, spokesperson of the task force investigating the case, said a suspect had been tagged but would not be identified “so as not to compromise” the probe.

Forensics examiner found 39 bullet casings at the scene of the attack. They were from an automatic rifle.

Police said at least five people were involved in the ambush.

Ordinado, citing witnesses, said three of the assailants fled on board a white truck that picked them up some 500 meters from the ambush site.

The three could have been the lookouts, he said.

The task force has not yet established the motive for the attack, although it had zeroed in on the political rivals of the Buquing couple.

Buquing’s mother had not been told about the mayor’s death, Macusi said.

He said the assassination took place while the town was grieving the loss of its municipal engineer, Clemente Mostoles.

The Buquing couple attended Mostoles’ necrological services and were going home when they were ambushed. —WITH REPORTS FROM GABRIEL CARDINOZA AND YOLANDA SOTELO