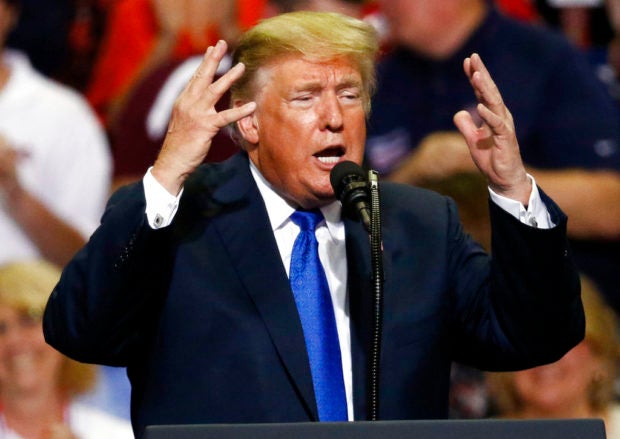 Lifelong teetotaler Donald Trump is already loud, brash and provocative, so just imagine him after a few drinks, the US president quipped Monday.

“I’m not a drinker and I can honestly say I never had a beer in my life — it’s one of my only good traits,” Trump joked at a long, rambling press conference.

“Can you imagine if I had?” he said to laughs. “What a mess I would be. I would be the world’s worst.”

Trump poked fun at himself while responding to questions about his Supreme Court nominee Brett Kavanaugh, who faces potentially career-destroying allegations that he abused women during heavy drinking sessions at school and university.

Trump again defended the conservative judge, who would help tilt the highest court to the right for years to come, saying that Kavanaugh had been open during Senate testimony about his liking for beer as a young man.

While Kavanaugh was not “perfect with respect to alcohol,” Trump said he knew opposition Democrat senators who are not “angels.”

Asked who they were, he refused to elaborate: “I will save it for a book, like everybody else. I’m not giving it to you.” KM