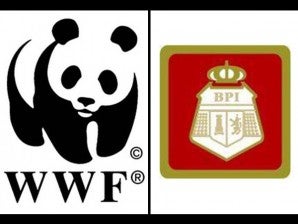 MANILA, Philippines—Climate change will become worse in the future and it is crucial for businesses and local governments to make climate-smart decisions to prevent disasters, said a study by the World Wide Fund for Nature (WWF-Philippines) and the Bank of the Philippine Islands (BPI).

The Climate Risk Assessment Study tried to look into how the cities of Baguio, Cebu, Iloilo and Davao would fare in the face of climate change in 30 years, aiming to provide stakeholders with scenarios to help them plan for the future.

Through scenario-building, the study seeks to “help leaders plan for the future and minimize the effects of climate change… (and help cities to) move forward without compromising the environment,” said WWF-Philippines communications and media officer Gregg Yan.

The four cities were scored on how vulnerable they are to the impacts of climate change and Baguio City emerged as the weakest with a score of 7.43 points.

The smallest of the four cities at 57.49 sq km, Baguio has the highest population density at 5668/sq km, said the report.

It also doesn’t help that Baguio City sits on an active tectonic zone and experiences large amounts of rainfall but the latter should be seen as an opportunity to move away from its dependency to groundwater, said WWF-Philippines Vice-Chair and CEO Jose Ma. Lorenzo Tan.

Opportunity should also be seen in Baguio’s accessibility through roads by way of privatization, he ventured.

Following Baguio City is Iloilo which ranked second in its vulnerability to climate change impacts with a score of 6.69 points.

The city had the second highest population density with 5432/sq km in a 70 sq km land area. And because it is largely comprised of reclaimed marshland, it is prone to floods.

The study advised Iloilo to address its flood-prone areas and ensure that it is easily accessible through land, air and sea, as it has centered its investments on urbanization.

Third on the list, Cebu City scored 6.55 points, but it needs to protect its economy by investing in “climate smart” infrastructure and technology, Tan said.

He added that Cebu City should “diffuse risks” by utilizing a plan that integrates land, sea and air infrastructure.

Davao City came in last with 5.6 points, and being situated in a “typhoon-free portion of Mindanao”, the study said that it has the potential to become Mindanao’s Metro Manila in the future.

The study said that Davao City will still be affected by climate change through sea level rise, increased sea surface temperatures, ocean acidification and rainfall but its main challenge would be the influx of migrants it may experience in the future.

BPI President Aurelio Montinola III said that the study would provide “a practical understanding of the risks of climate change.”

Yan said that WWF-Philippines and BPI will be heading to the four cities from December 6 to 9 to share the results of the study with the local governments and stakeholders.

Intense typhoons are already being experienced and climate change “will get worse before it gets better,” Tan stressed.

He said that climate change mitigation should be a joint venture, explaining that “we can only make suggestions (but) the government and businesses will make the decisions.”

He further urged government and business leaders to “look 30 years into the future… get past where you are today to where you could be tomorrow.”

The WWF-Philippines VP and CEO said that they were eyeing to continue their studies on climate change risk assessments on to four other cities by 2012.

TAGS: aiming to provide stakeholders with scenarios to help them plan for the future, Baguio, Bank of the Philippine Islands, Cebu, Climate Change, Climate Risk Assessment Study, Davao, Iloilo, Iloilo and Davao would fare in the face of climate change in 30 years, The Climate Risk Assessment Study tried to look into how the cities of Baguio, Weather, World Wide Fund for Nature, WWF-BPI study