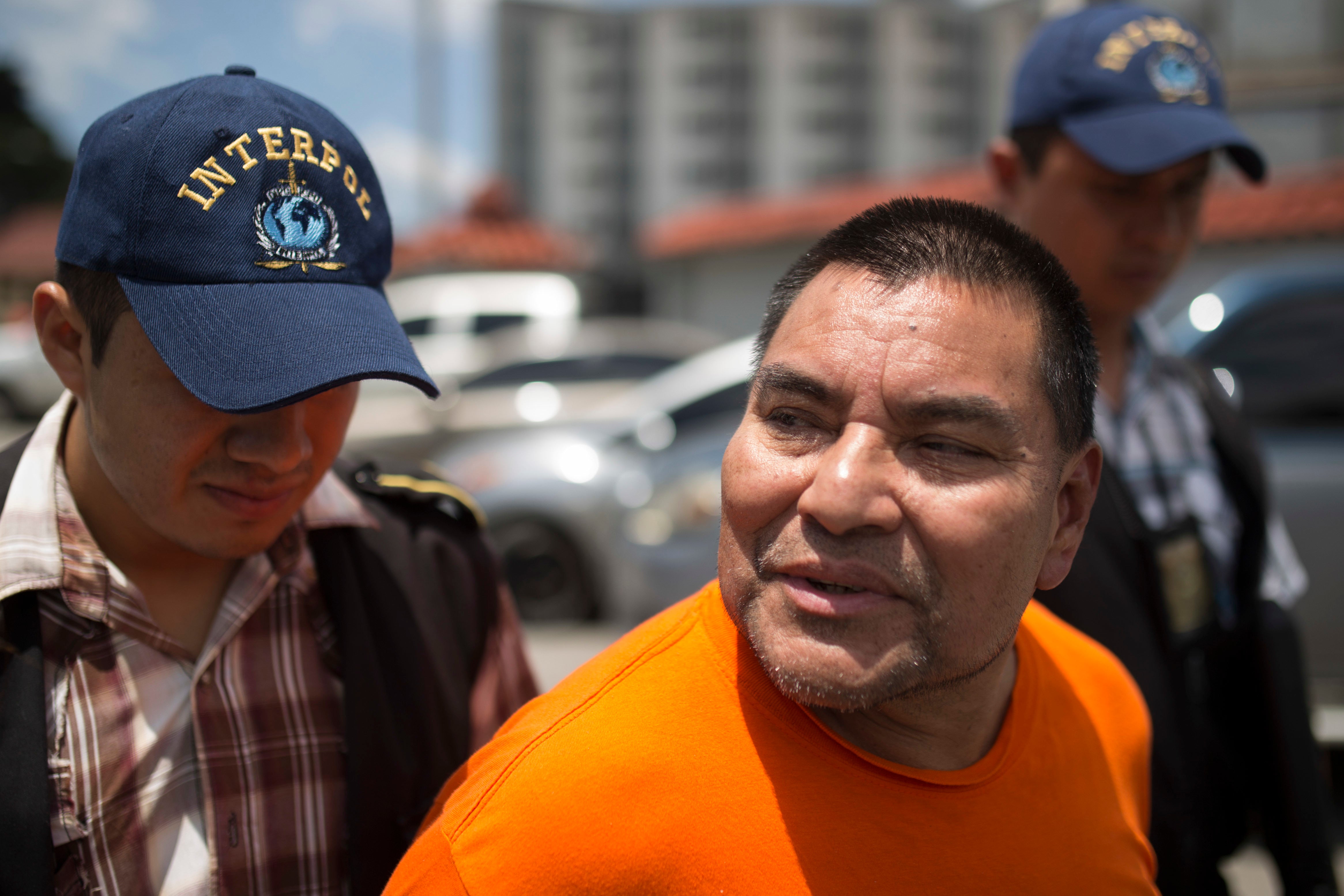 Santos Lopez Alonzo is escorted by Interpol agents after landing at the Air Force base in Guatemala City. Lopez Alonzo is charged with crimes against humanity for his role in the 1982 massacre of more than 200 people in the Guatemalan village Dos Erres during the height of the country’s civil war. His trial started Monday, Oct. 1, 2018. (AP, File)

MEXICO CITY — A Guatemalan ex-soldier deported from the United States two years ago went on trial Monday for the massacre of at least 200 villagers during the Central American nation’s civil war.

Santos Lopez Alonzo, who appeared in court shackled and behind bars, is accused of belonging to an elite squad known as the “kaibiles,” which carried out the 1982 killings in the northern town of Dos Erres. He is charged with murder and crimes against humanity.

Prosecutors contend the squad came looking for weapons that guerrillas had stolen from the army. Finding none, they say, the troops separated the men and women, torturing and killing the men and raping women and girls. The bodies were tossed into a well.

Prosecutor Erick de Leon argued that Alonzo “carried out actions and omissions in the framework of the counter-insurgency strategy implemented by the Guatemalan army,” which led to the deaths of hundreds of rural Guatemalans during the conflict.

In a 2016 interview with the Associated Press while in immigration detention in California, Lopez Alonzo, 66, denied taking part. He said his position in the army was as a baker, and that day he had been assigned to guard women and children but it was other soldiers who carried out the massacre.

But authorities allege that his crimes went beyond that: Lopez Alonzo is also accused of kidnapping a 5-year-old boy whose family was killed in the massacre, adopting him and ultimately abusing him.

Lopez previously acknowledged taking the boy, arguing that he saved him and raised him as his son.

Previous trials against ex-soldiers from the “kaibiles” squad have led to prison sentences collectively totaling more than 6,000 years for the massacre.

According to a U.N. truth commission, about 200,000 people were killed and another 45,000 disappeared during Guatemala’s 1960-1996 civil war, with nearly all of those coming at the hands of the army and allied paramilitaries.