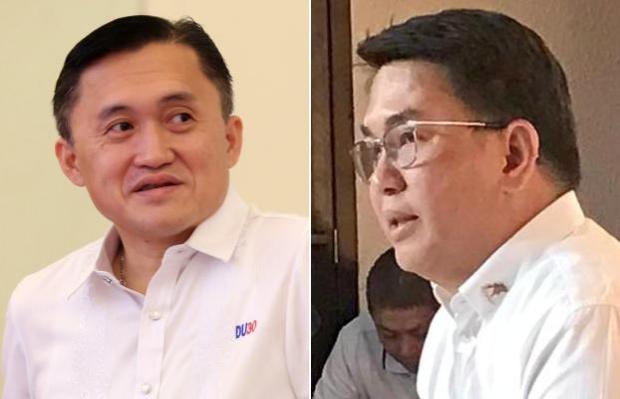 Go, who was an honored guest at the celebration of the 14th founding anniversary of Philippine Army’s 9th Infantry Division in Camp Elias Angeles in Pili, Camarines Sur, admitted that Bertiz, who was recently under fire for allegedly harrasing an airport official in the Ninoy Aquino International Airport (NAIA), has been a friend to him and President Rodrigo Duterte.

He also said that Bertiz, an ACTS-OFW partylist representative, had always been with them in their official travels overseas with the President to meet overseas Filipino workers.

“I do not control whatever he says and do. May this be a lesson [to government officials]. Discipline and good manners are the keys to the progress of the nation,” Go said.

The scene at the NAIA involving Bertiz was caught on camera, showing the partylist representative rudely taking the identification card of an airport employee who required him to take off shoes as part of the airport’s security protocol.

“We are reminding government officials to become a role model to our fellow citizens, we are here in the government to serve and not to get special treatment. It has always been our (President’s) practice to follow rules even in Davao City, directives and procedures. As government officials, we were never exempted from adhering to such. In fact, even the president himself never asked to be spared from adhering [to] these policies,” Go told local media here.

Go also said that it saddens him that Bertiz had also “dragged” his name in another incident that brought public criticism against them both.

Go was referring to the time Bertiz, who stood as his proxy to the mass oath-taking of licensure examination passers for agricultural and biosystems engineers on Sept. 25, made a joke, saying: “those who don’t know Secretary Bong Go will not get a PRC [Professional Regulation Commission] license later.”
The incident was also recorded and the video went viral on social media.

“With the PRC issue, it saddens me that my name has been dragged. I was not aware of it and I do not know why he said that,” he said.

He also said that he and the President had always tried not get special treatment.

“Hindi po tayo ganyan [We are not like that],” Go added. /atm