No to P12 minimum fare – LTFRB 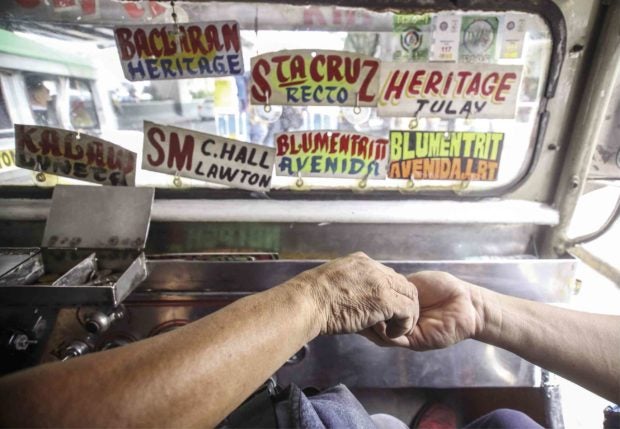 The Land Transportation Franchising and Regulatory Board (LTFRB) said Monday that raising the minimum jeepney fare to P12 was not possible.

LTFRB board member Aileen Lizada told INQUIRER.net that increasing the jeepney fare would result in a domino effect on other transportation prices.

(We told them that the P12 cannot be allowed.)

According to Lizada, the fare for the transportation of goods would also be affected if the one for jeepneys is increased.

She said she recently met with the Department of Trade and Industry, National Economic and Development Authority, and Department of Energy to discuss the thread on fuel prices in line with the petition of transport groups.

“Itong proposal nila na if they want to have an increase na ganito, anong epekto niyan sa inflation? We need to know the social impact of that also as we come up with the decision,” she added.

Despite this, she noted that the agencies were looking for a “balance” to address the concern of jeepney drivers on the continuous increase of fuel prices.

“We are thinking out of the box on how to them aside sa mga discount ng mga fuel companies. We are doing our best,” she said.