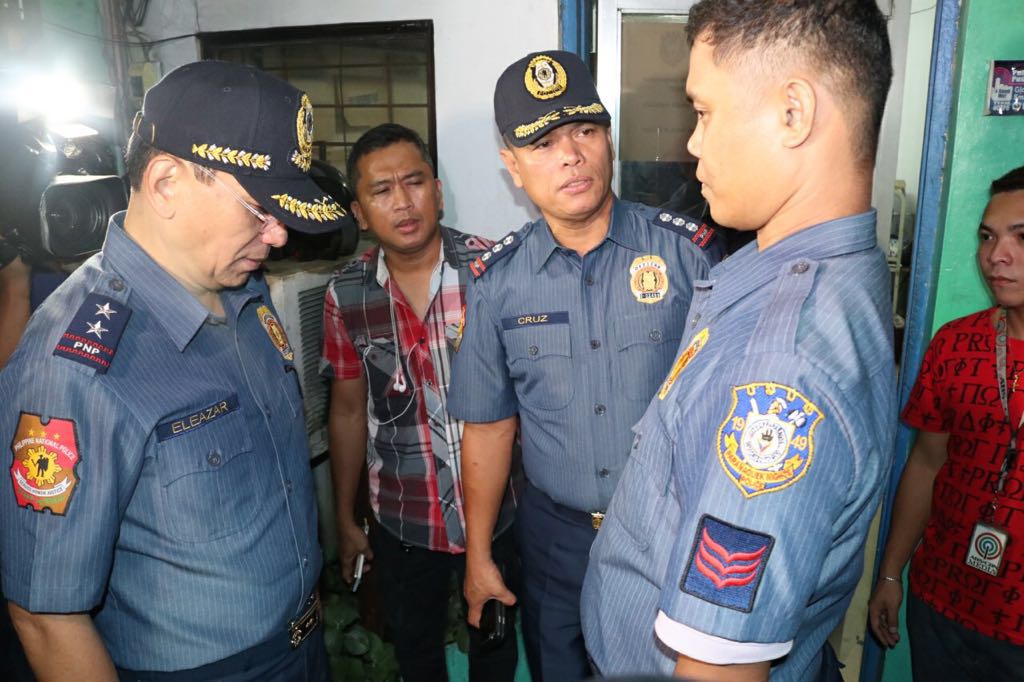 (Updated) Two police officers from different police stations in the Southern Police District (SPD) found drunk and asleep while on official duty have been relieved by the National Capital Region Police Office (NCRPO).

The sleeping cop was identified as PO3 Rey Gusi, while the other cop who was allegedly intoxicated was PO3 Joselier Labrada. They were caught during an inspection led by NCRPO Director Guillermo Eleazar early Monday morning.

Labrada was initially called out for wearing the improper uniform, but it was revealed that he had consumed alcohol prior to his duty when he talked to Eleazar.

He was also scolded for not knowing the ranks of his superior officials, even that of PNP Chief Director General Oscar Albayalde.

(Unfortunately for them, I made an inspection. When a person enters a police station, they should see police manning their desks.)

Labrada, who was brought to a hospital for medical examinations, may face charges of grave misconduct if found intoxicated while at work.  Gusi had already reported to Eleazar after the incident.

The inspection team also visited Parañaque’s PCP 4 and Las Piñas’ PCP 2 and 5.  While police personnel in these precincts were awake, they were also asked to clean up the area and be more attentive to calls and incidents.

Eleazar said that the operations are still part of the internal cleansing of the Philippine National Police (PNP). Similar operations in the wee hours of the night have been conducted by Eleazar, and by PNP Chief Director General Oscar Albayalde when he was still head of the NCRPO. /je