Seoul to allow schoolchildren to dye or perm their hair 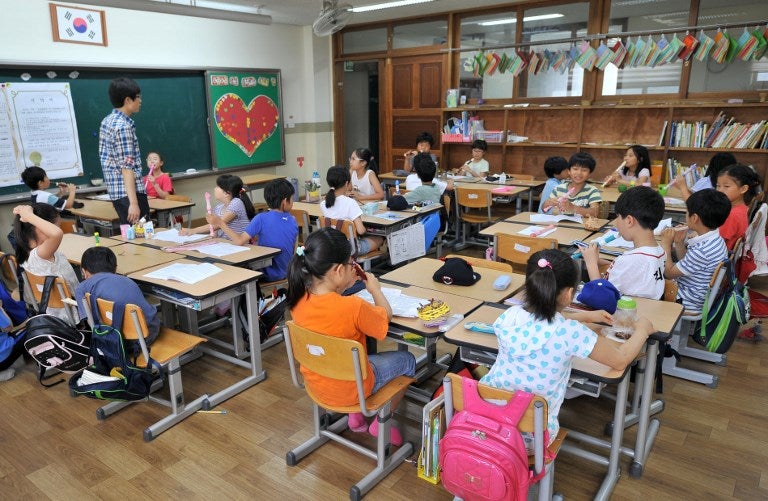 SEOUL – Middle and high school students in the South Korean capital city will be given freedom to do whatever they want with their hair.

Seoul Metropolitan Office of Education (SMOE) said it will push to revise the relevant rules to allow all middle and high school students to dye or perm their hair — a practice which is largely banned in Seoul schools — starting next year.

“(The right to dye or perm one’s hair is) part of one’s basic rights,” said Cho Hee-yeon, the superintendent of SMOE. “We would like to create a learning environment where one enjoys both a sense of freedom and the values of democracy.”

According to a study by a group of parents, which surveyed some 200 middle and high schools nationwide, 88 percent of the schools ban students from dyeing or perming their hair. Students were advised to prioritize their studies, not their appearance.

In 2012, the SMOE advised all schools to give students the freedom to choose the length of their hair.

In the 1990s and 2000s, many schools only allowed short hair for both male and female students. Most school girls were forced to keep their hair length no longer than three to five centimeters from the tip of the earlobe.

It has been reported that many students have been subject to harsh physical punishment if they didn’t keep the hairstyle that was required by the schools. Some teachers would forcefully cut their students’ hair, if they were considered “too long,” in and outside classrooms.

Lee Min-jin, an activist for youth rights, said while she welcomes Cho’s decision, adding that it should have been made much earlier.

“There has never been any clear or logical reasons why students’ hairstyles had to be controlled by the authority figures,” said Lee, who currently leads an NGO that advocates the right of youth to vote and protest against violence against minors.

“Some of the reasons we heard include ‘students should look like students,’ and ‘students must look appropriate for their age.’ We think this was one of the ways the government has been controlling the bodies of the minor, a form of subtle violence that has been around for years.”

Kim Do-yeon, a high school student in Seoul, said while she also welcomes Cho’s decision, there are many other areas where she feels the rights of students are being violated.

“I personally think my school uniform is too tight, and it’s unfair that we are only allowed to wear this to school,” she told The Korea Herald. “The way we look, the way we dress and the way we spend our (leisure) time should be our own business.”