‘Red October,’ according to AFP 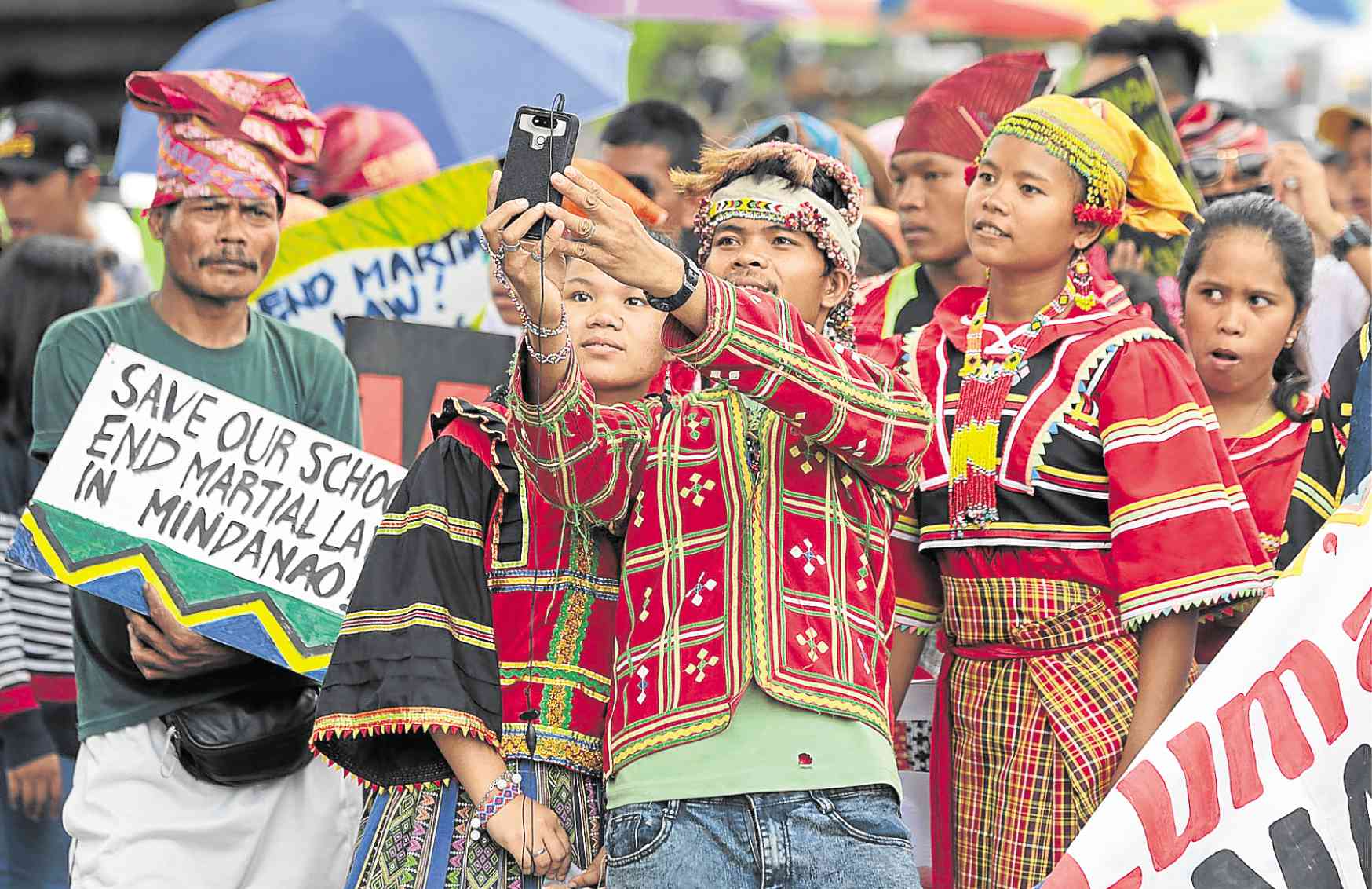 ‘RED OCTOBER’ Under the military version of the plot to oust President Duterte, gatherings like this on Sept. 23 by “lumad” groups in Quezon City could be considered part of the campaign to remove the President. —GRIG C. MONTEGRANDE

These, according to a ranking military official in Mindanao, were some of the issues that communist rebels were exploiting to generate a supposed “critical mass” to overthrow President Rodrigo Duterte.

Madrigal appeared to be misinformed about the structure of the communist rebellion.

The CPP is just one of several underground organizations belonging to the National Democratic Front of the Philippines (NDFP), an umbrella group of mostly noncombatant rebels.

But Madrigal, echoing higher-ups, said intelligence reports about the so-called “Red October” plot was based on verified information.

He said rebels were targeting the regions of Davao and Caraga to use “the above narratives to achieve critical mass.”

“This will be backed up by hyping the issue of alleged extrajudicial killings, attack on lumad communities and human rights violations,” Madrigal said.

The plot, according to Madrigal, was uncovered after the arrest of a ranking rebel leader in General Santos City on July 4.

Madrigal did not disclose the arrested rebel leader’s identity.

He said the intelligence reports indicated that mobilization for the plot “will be in line with red letter dates.”

These dates included Sept. 21 during the anniversary of the declaration of martial law by the late dictator Ferdinand Marcos and “peasant week in the third week of October.”

No attempt to oust Mr. Duterte took place last Sept. 21 when protesters took to the streets nationwide to condemn Marcos’ martial law and warn against its repeat by Mr. Duterte.

It was not clear what Madrigal was referring to when he said “peasant week.”

The CPP and the NPA continued to employ threats and coercion to draw support, Madrigal added.

“All these efforts to mobilize communities and groups, particularly the indigenous peoples in eastern Mindanao, as prelude to oust President Duterte, are bound to fail,” he said.

He, however, said the NPA in eastern Mindanao had already killed six tribal leaders on suspicion they were military spies or anticommunist supporters.