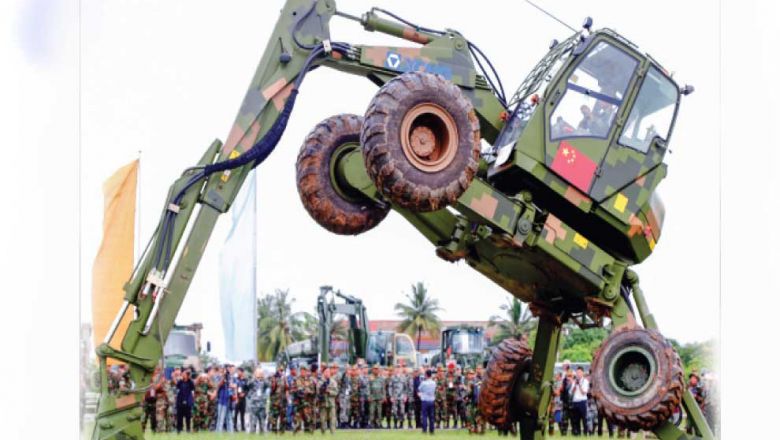 A new military vehicle is taken through its paces during the Golden Dragon military exercises in 2016. HENG CHIVOAN, THE PHNOM PENH POST/ASIA NEWS NETWORK

Defense Minister Tea Banh told The Post: “We are holding these exercises in order to improve the army’s capability.

“It is normal that when we work with one another, we will get to understand each other better.

“The relationship also becomes closer because we have talked and worked together,” he added.

General Eth Sarath, deputy commander and chief of staff of the RCAF, and Colonel Sheng Yunlai of the PLA, at general command headquarters on Tuesday promised to continue the Golden Dragon military exercises next year but increase their scope in order to enhance military cooperation between the two armies.

Cambodia cancelled some important military exercises with the US last year.

This year, the Cambodian army and the PLA held the first Golden Dragon military exercises, which focused on counter-terrorism, rescue techniques and live-fire training.

Two-hundred and eighty Cambodian soldiers and 190 Chinese soldiers took part in this year’s exercises, in which sophisticated modern weapons such as Z10 helicopters, equipped with rockets, and armored vehicles were used.