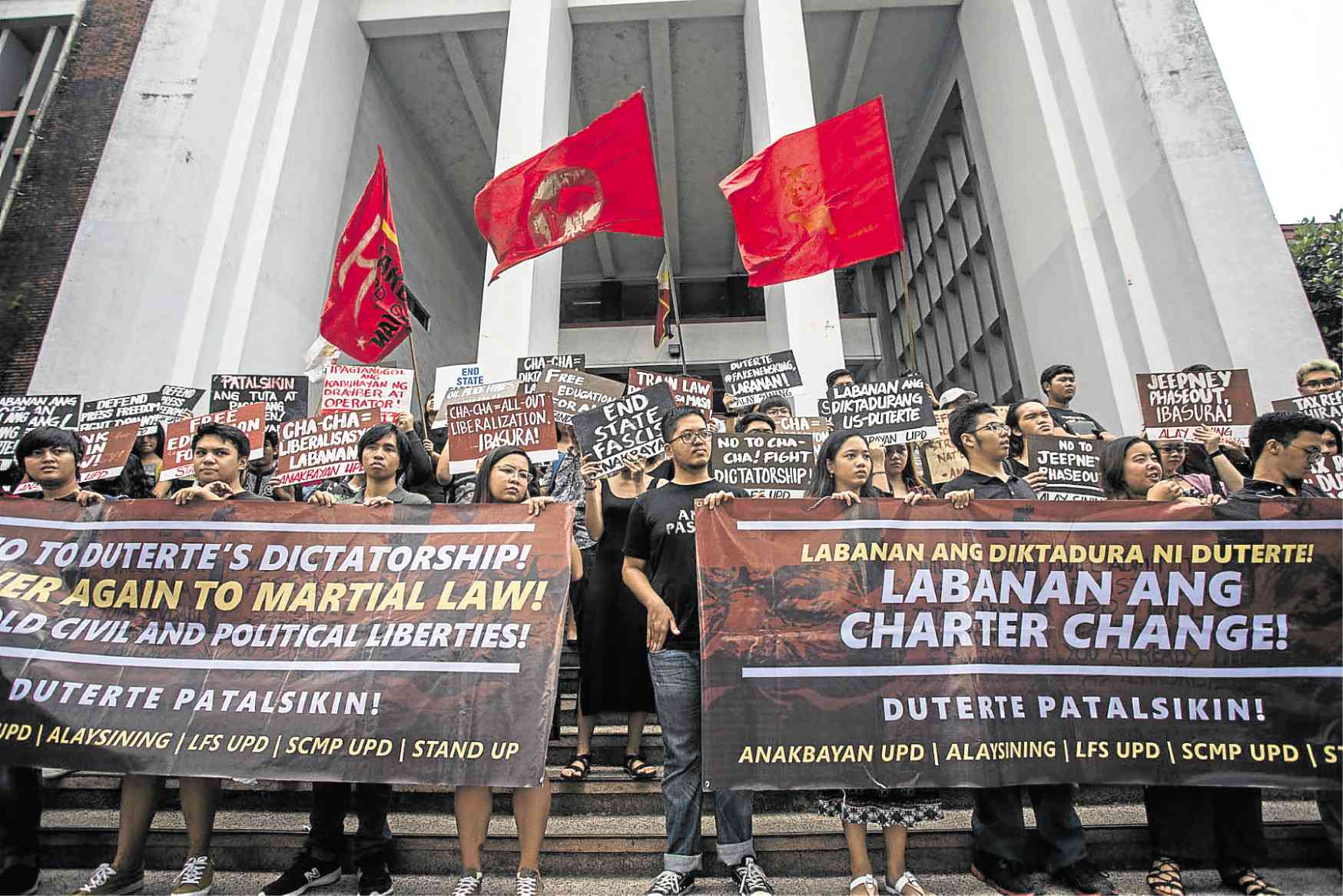 ‘BAD TASTE IN THE MOUTH’ Andrew Olivar is reaping a youth organization’s wrath for online insults he directed at UP protesters seven months ago. —JAM STA ROSA

Blogger Andrew Olivar has incurred the ire of another advocacy group, this time for trivializing and promoting suicide in a video he made months ago but was again brought to public attention following his more recent online faux pas.

The Youth for Mental Health Coalition (Y4MH) is up in arms over Olivar’s February 2018 video, in which he told University of the Philippines (UP) students protesting against the Duterte administration to just “hang yourselves” from the Oblation, the statue symbolizing UP.

Olivar’s remark “leaves a bad taste in the mouth” especially for those who lost their friends and loved ones to suicide, the group said in a statement on Wednesday.

‘Get it over with’

“Mental health advocacy groups work so hard to fight the stigma and promote responsible means of reporting mental health. It is but just to demand that we give the topics of suicide and self-harm the appropriate seriousness and sobriety that they deserve,” according to the Y4MH chair, Dr. Raymond John Naguit.

In the video, which started trending again on social media on Wednesday, Olivar dared UP students with gripes against the government to just kill themselves “to get it over with.”

“Is rallying all you can do? Or walkouts? It would be better for you to just commit suicide in your school. There would be fewer of you. Why don’t you all just hang yourselves from your statue?” he said, referring to the iconic Oblation.

At the time Olivar made the video, President Rodrigo Duterte had just threatened to give student protesters’ slots in the state university to “bright” enrollees from lumad or indigenous communities.

Olivar, a staunch Duterte supporter who hosts an online show with another blogger, Presidential Communications Assistant Secretary Mocha Uson, has recently drawn flak for his social media behavior — first when he (and Uson) came out in a video making fun of sign language, and later when he claimed on Facebook that there was a plot to bomb the Sept. 21 rallies marking the declaration of martial law during the Marcos dictatorship.

Olivar later apologized for both posts, but the Philippine Federation of the Deaf still filed complaints over the video while the Metro Manila police pressed charges over the bomb scare.

The Department of Justice, however, rejected the police complaint, citing the insufficiency of the documents they presented.

In August, Olivar and Uson angered netizens, lawmakers, legal circles and civil society groups for their “pepe-dede-ralismo” video that was meant to promote the President’s campaign for shift to a federal form of government but showed Olivar performing a lewd dance instead.

Naguit wondered why Olivar, despite all these controversies, had remained apparently “exempted from any form of accountability.”

“Why is it that when it is the government or an ally of the administration [who commits a mistake], we are hard-pressed on exacting accountability?” Naguit asked.

Under Republic Act No. 11036 or the Philippine Mental Health Law, persons who inhumanely treat and discriminate against those with mental health conditions may be imprisoned for no more than two years or ordered to pay a fine of P200,000.

The World Health Organization estimated that 2,558 Filipinos committed suicide in 2012.