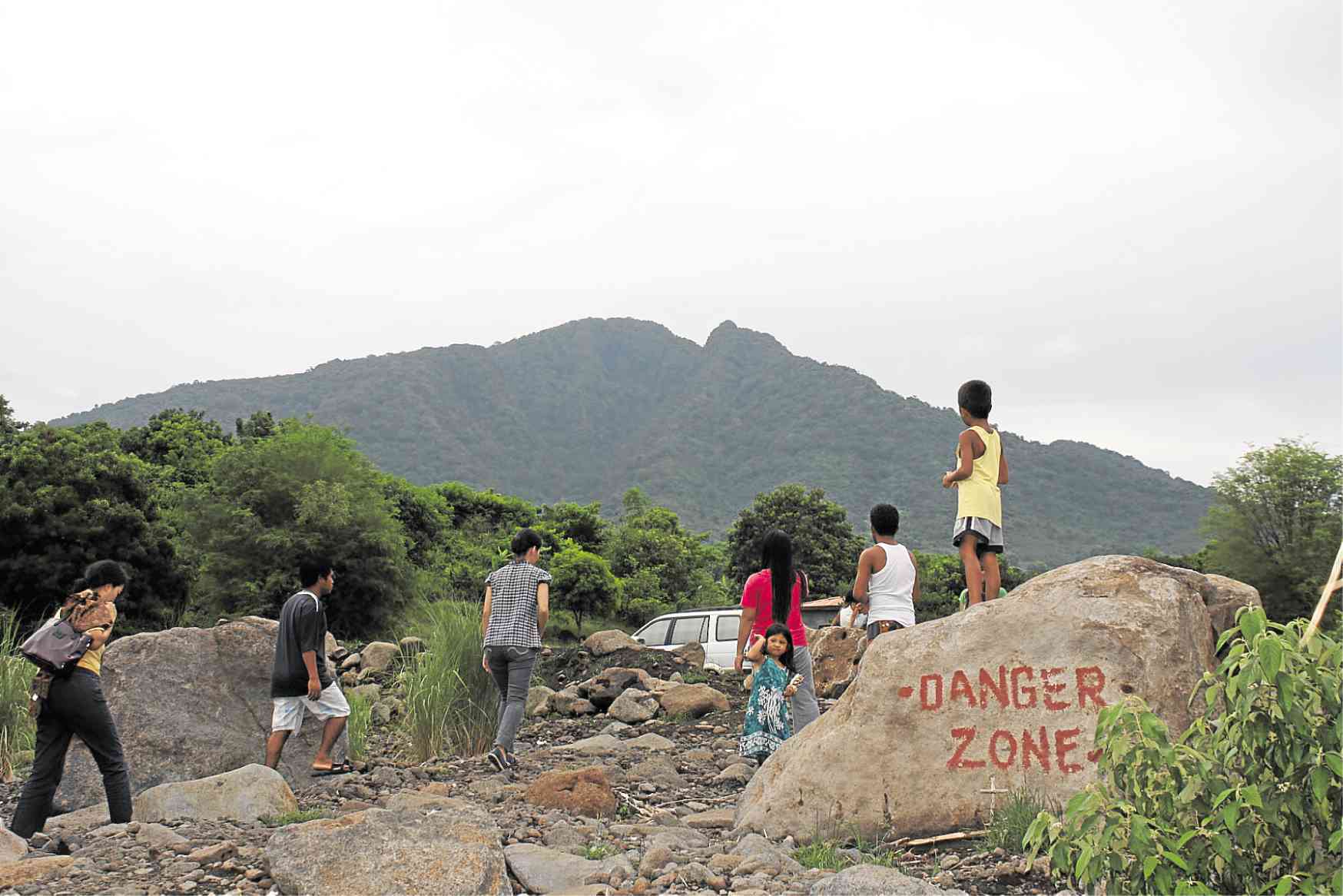 DANGER ON ARAYATA boulder marks a danger zone at San Juan Baño on Mt. Arayat, Pampanga province. In 2009, soil and rocks loosened by heavy rain hit a section of the village and killed 12 people. TONETTE OREJAS

In a letter to Cimatu, Pineda said government and private infrastructure projects would be delayed by the 15-day suspension imposed in the order since 70 percent of sand and gravel needed in these projects came from Pampanga.

The projects include the P15-billion Terminal 2 of the Clark International Airport and Phase 1 of the New Clark City that are being undertaken under the “Build, Build, Build” program of the Duterte administration.

A memorandum issued on Sept. 21 by Mines and Geosciences Bureau (MGB) chief, Wilfredo Moncano, directed regional directors to “suspend all quarry operations . . . for 15 days, pending the conduct of safety and geohazard assessment of the surrounding communities to prevent similar landslides incident from happening.”

The regions covered by the suspension order are Ilocos, Central Luzon (to which Pampanga is part of), Calabarzon, Bicol, Northern Mindanao, Davao and Caraga.

“There are no quarrying and mining in the uplands or near public structures,” she said. 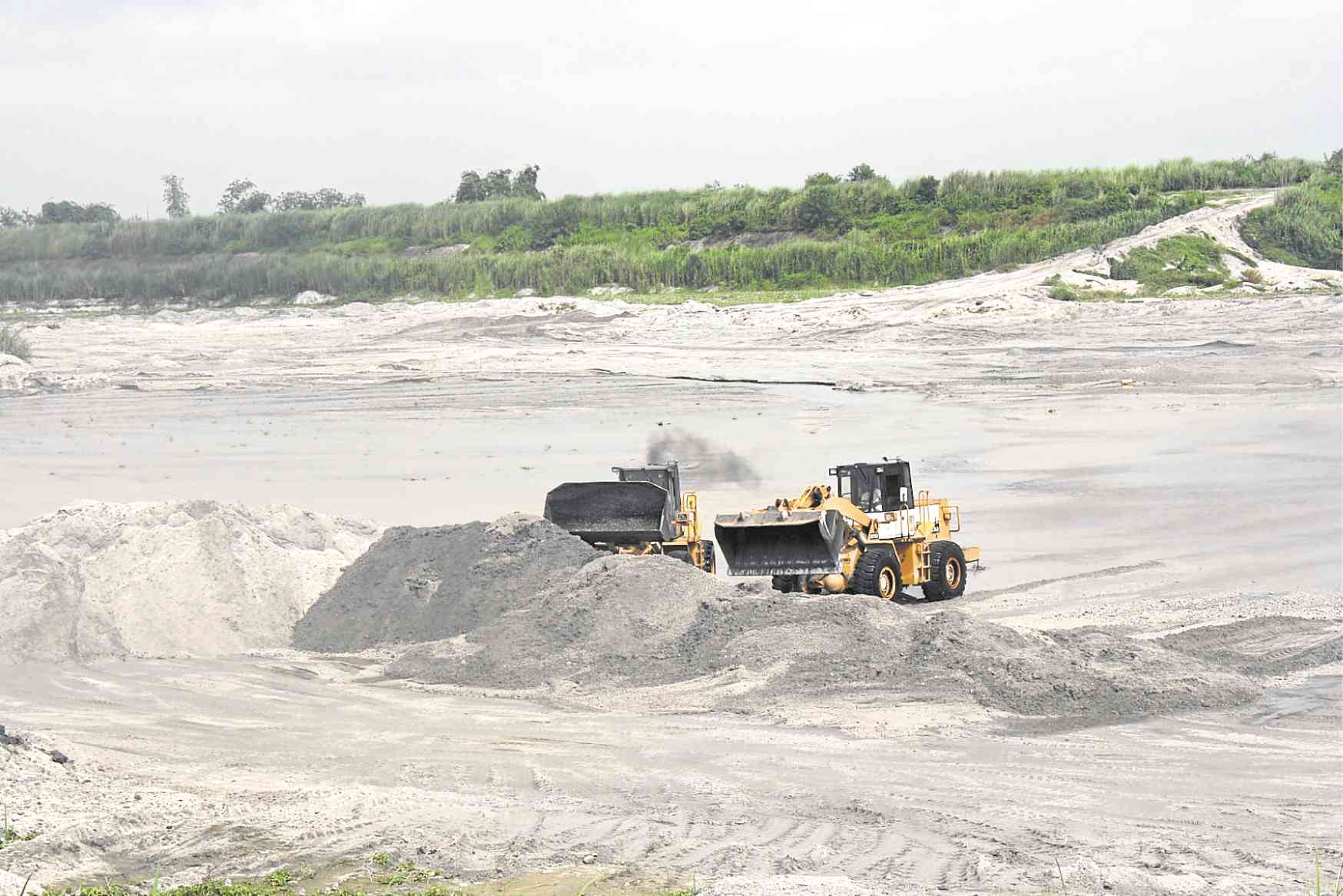 Haulers pay P150 in sand tax, a P30-fee for the weighing scale and a P250-administrative fee per truckload of sand. At an average of 4,000 truckloads a day, the provincial government stands to lose P600,000 daily from the sand tax, according to Arthur Punsalan, provincial environment and natural resources officer.

Hauling was stopped on Tuesday to give way to an MGB inventory of sand and gravel stocks.

The Pampanga Vibro Mining Operators Association Inc., which counts large-scale operators who sell sand, pumice stones and mud, has appealed for due process in the decision to suspend quarrying.

“The permits to operate we have obtained from the MGB and provincial government provide clear basis as grounds for violations and penalties. So far, our members have complied with the terms,” said Antonio Ayson, the group’s president. —Tonette Orejas