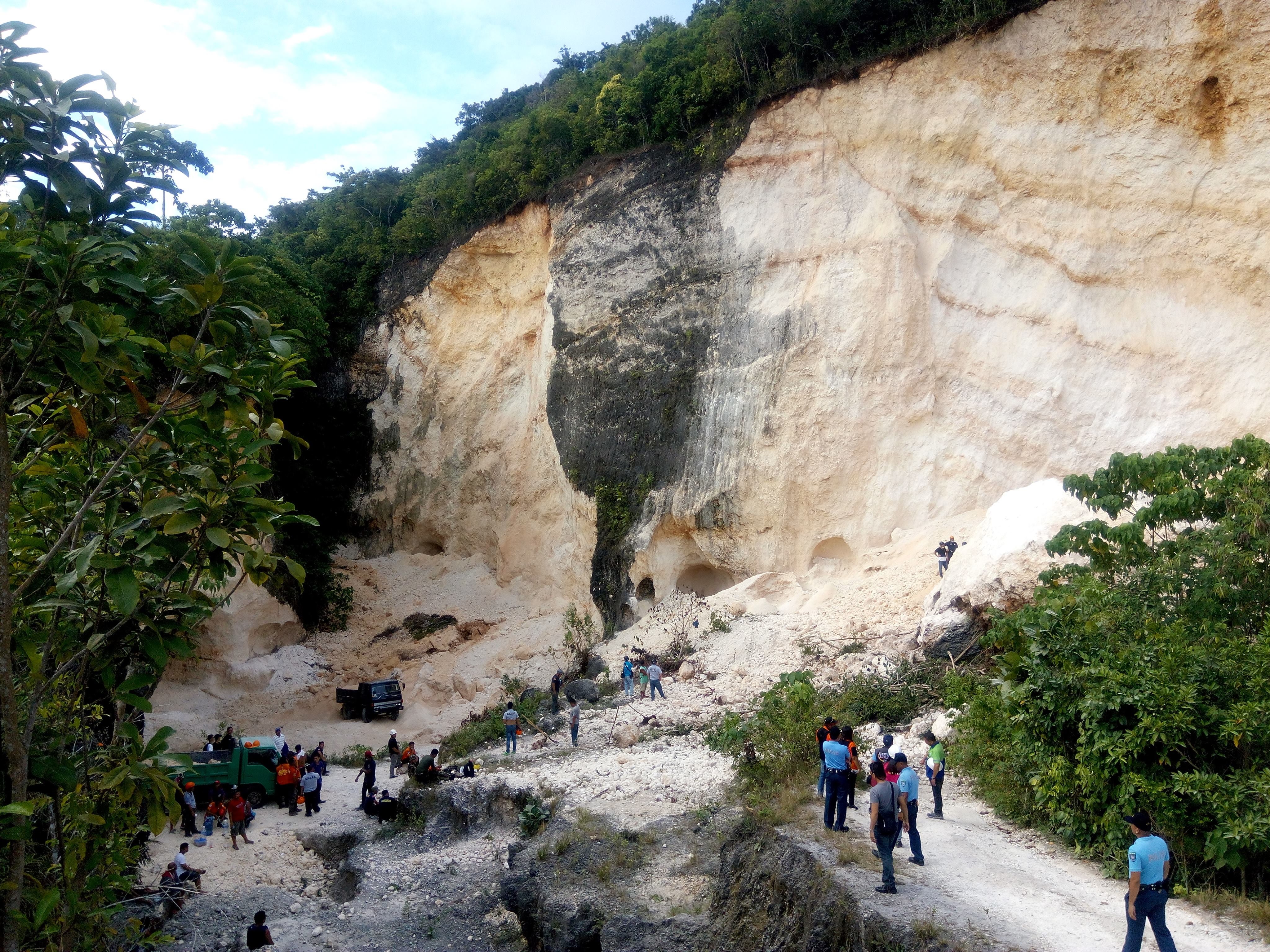 An illegal quarry site in Anda town, Bohol, where two men were buried after a landslide hit the quarry in March 2018. FILE PHOTO

TAGBILARAN CITY, Bohol – Gov. Edgar Chatto has suspended the small quarrying operations in the province pending assessment on their safety in the wake of the killer landslides in Naga City, Cebu, and Itogon town in Benguet.

In his memorandum, the operations would be stopped from Sept. 24 to Oct. 15 to allow the conduct of safety and geo-hazard evaluation of the surrounding communities in the quarry sites.

Bohol has attracted illegal miners, considering areas rich in metallic minerals such as gold mostly in Talibon and Trinidad towns.

Some declined to comply with mining policies despite repeated calls from the Bohol Environment Management Office (BEMO).

In March 2018, two men were buried in a landslide as they were quarrying for limestone in an illegal quarry site in Barangay Candabong in Anda town./lb 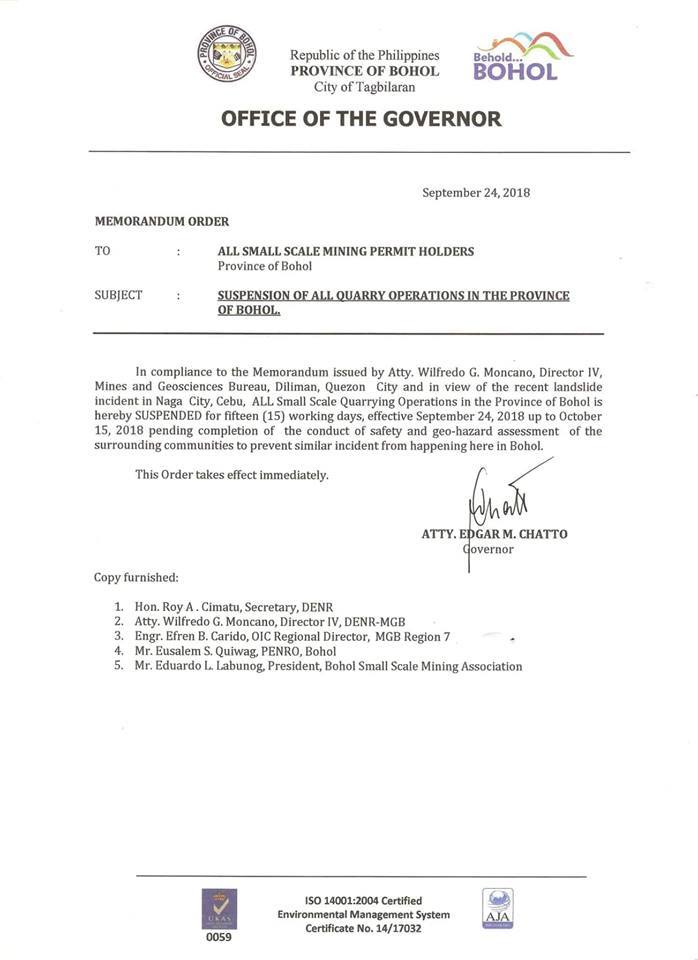