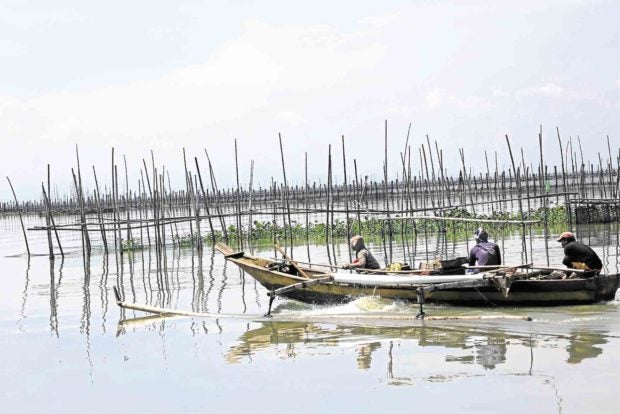 SAN PEDRO CITY — The impact of inflation, natural calamities and reduced fish pen area has resulted in lower harvest and increase in prices of “bangus” (milkfish) grown in Laguna de Bay, according to the Laguna Lake Development Authority (LLDA).

A group of bangus traders said the market price of bangus rose from P90-P120 to P170-P200 a kilogram. It said fish production in the lake, particularly in Rizal province, decreased by 78.8 percent during the first quarter of 2018, as compared to the same period last year.

The group blamed LLDA’s policies and asked the President to revoke the authority’s board resolution that, it said, had resulted in “disruption” of bangus breeding and spawning because of the revised zoning and management plan in the lake.

Emil Hernandez, head of LLDA’s environmental regulation department, said the resolution, issued early this year, had set the new carrying capacity of the lake at 9,200 hectares.

Citing LLDA’s studies, Hernandez said this meant the area allowed to aquaculture should be limited to this area. The new carrying capacity was an update from the 15,000 ha set 22 years ago.

The same resolution also set a 60-40 percent sharing of the 90,000-ha lake between small fishermen and commercial fish pen owners, in favor of the former.

“I think there is no basis for (Bisda’s) request. Instead, there should be further restrictions to give the lake the opportunity to recover,” presidential spokesperson Harry Roque said on Monday.

He said while Malacañang “stand(s) by” the LLDA’s policies, the agency should “perhaps study if [it] should completely revoke all fish pen [permits].”

In 2016, the President ordered concerned government agencies to reduce the number of fish pens and cages in Laguna de Bay to allow poor fishermen bigger access to the fishing ground covering waters of the provinces of Rizal and Laguna, and Metro Manila.

But Hernandez said removing all fish pens was just impossible as that would mean killing the aquaculture industry.

He said Laguna de Bay supplies about 50 percent of the freshwater fish (bangus and tilapia) requirement of Metro Manila and surrounding provinces.

From the 12,000 ha occupied by fish pens, the LLDA has since cleared 3,200 ha while fish pen owners “self-demolished” another 3,000 ha of fishing structures.