Calida: Trillanes should be held liable for his crimes 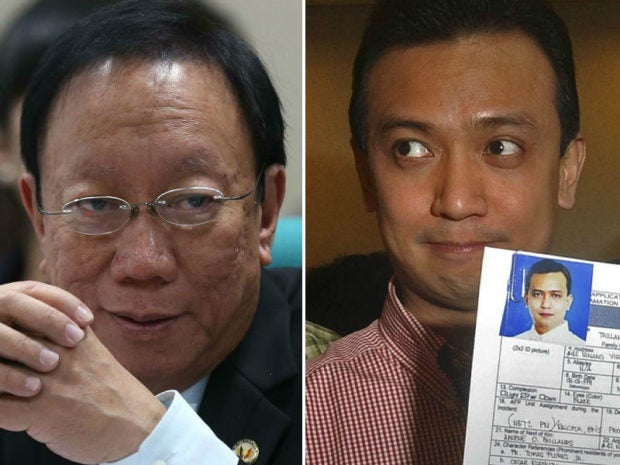 Sen. Antonio Trillanes IV should be held accountable for his crimes against the country, Solicitor General Jose Calida said in a statement Tuesday after Branch 150 of the Makati Regional Trial Court revived the rebellion case against the senator in connection with the 2007 Manila Peninsula siege.

“Time for trial,” Calida added as he lauded the order issued by Judge Elmo Alameda of Makati RTC Branch 150.

“The amnesty granted to Mr. Trillanes is void,” Calida said. “The OSG welcomes the Order of RTC-Makati, Branch 150 upholding the validity of Proclamation No. 572 and the subsequent issuance of a warrant of arrest and HDO against Mr. Trillanes.”

Calida denied initiating the move the revoke Trillanes’ amnesty, saying he only learned through news reports of Proclamation No. 572, which was issued by President Rodrigo Duterte.

But the President himself said it was Calida who discovered flaws in the grant of Trillanes’ amnesty.

Defense Secretary Delfin Lorenzana also said that Calida asked him by phone to get the amnesty records of Trillanes.

READ: Lorenzana not consulted by Duterte on amnesty nullification

Calida to Trillanes: ‘Man-up’ and face the charges against you