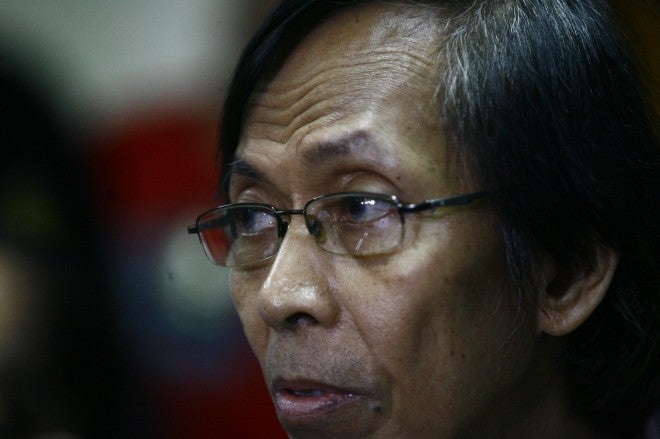 Former Army Major Gen. Jovito Palparan is still in the custody of the military despite the order of the Malolos Regional Trial Court (RTC) that he be committed to the New Bilibid Prison (NBP).

Palparan was found guilty on two counts of kidnapping and serious illegal detention over the disappearance of University of the Philippines (UP) students Sherlyn Cadapan and Karen Empeño on June 26, 2006.

After handing down the sentence, Malolos RTC Judge Alexander Tamayo also issued a commitment order for Palparan’s transfer to NBP.

Aside from Palparan, the court also sentenced Lieutenant Colonel (LTC) Felipe Anotado Jr. and S/Sgt. Edgardo Osorio for Cadapan and Empeño’s disappearance, and similarly directed for their transfer to the national penitentiary in Muntinlupa City.

Army Spokesperson LTC Louie Villanueva confirmed that Palparan is still in their custody.

“Gen. Palparan is still under the custody of Army Custodial Center since the army is still waiting for the decision of the court (regarding) his disposition,” he said in a message to reporters on Tuesday.

Villanueva said Palparan has a pending case with another court, which issued a separate commitment order stating that the former Army official should remain in the custody of the military.

“The Philippine Army for its part has already filed a motion clarifying to the Honorable Court on the appropriate disposition of Gen. Palparan,” he said.

Atty. Edre Olalia, president of the National Union of Peoples’ Lawyers (NUPL), earlier said they intend to inform the Malolos RTC about the non-compliance of the Armed Forces of the Philippines on its commitment order regarding Palparan’s detention.

READ: Lawyer warns AFP as Palparan remains under its custody

“The military and his coddlers are liable for contempt of court for open defiance or disobedience to an explicit judicial order to immediately commit the convict to the National Penitentiary as all convicted felons are,” Olalia said.

Meanwhile, Justice Secretary Menardo Guevarra said he will verify why Palparan remains in the custody of the military.  /kga 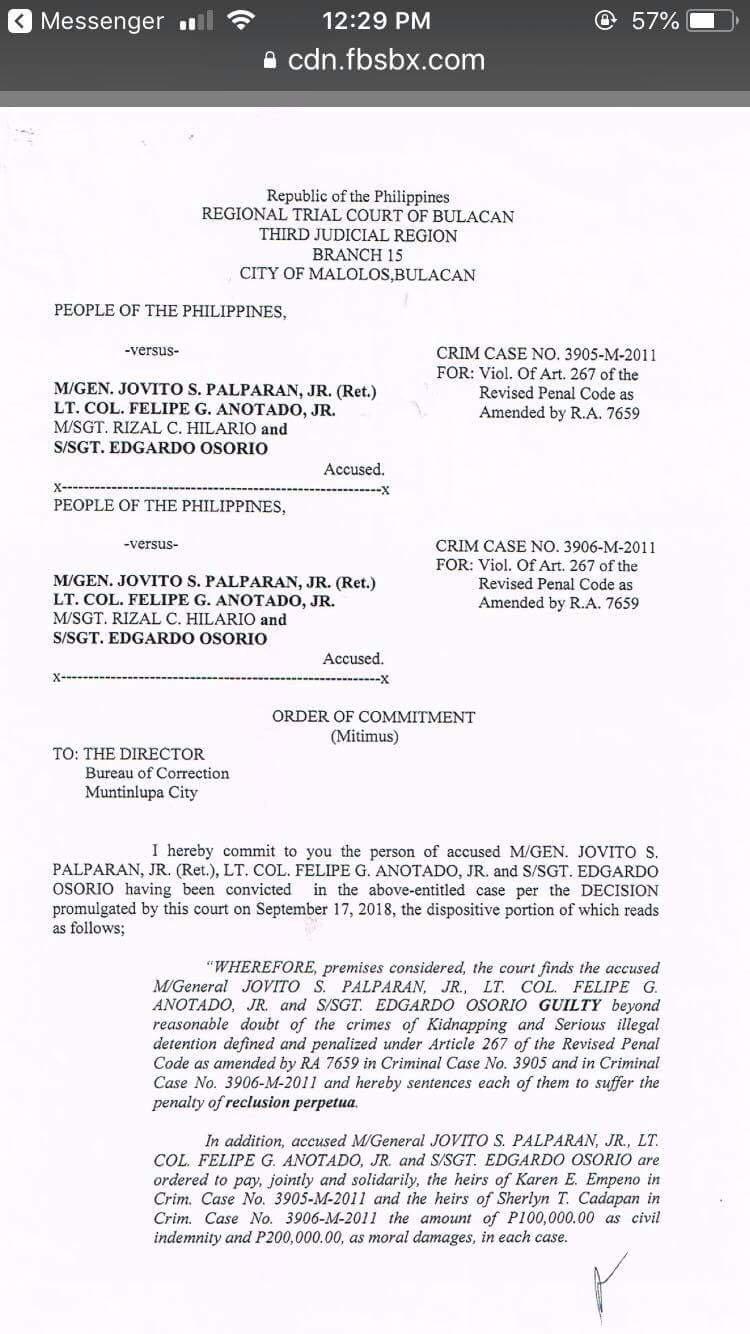 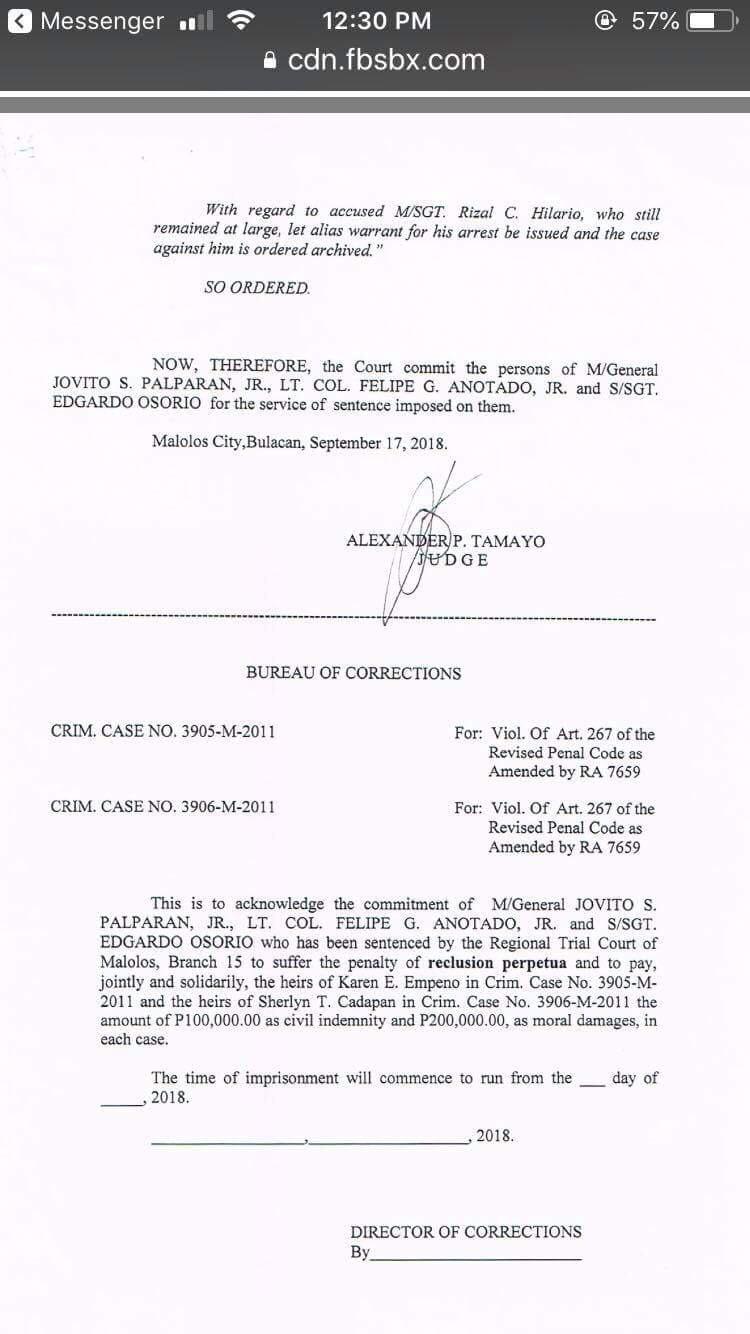