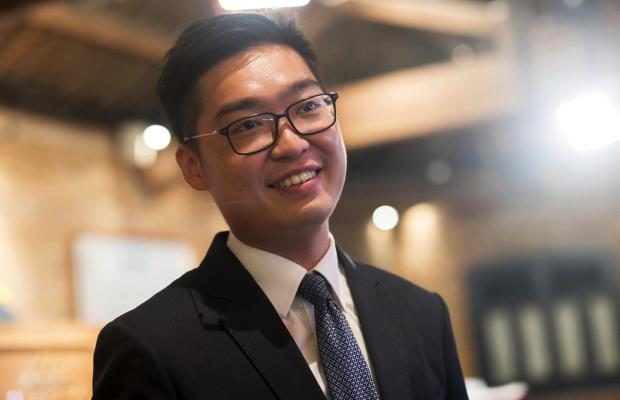 In this Aug. 14, 2018 photo, Andy Chan, founder of the Hong Kong National Party, speaks during a luncheon at the Foreign Correspondents Club in Hong Kong.  AP

Britain was among those to express concern after the territory’s security minister said Monday he had upheld a police request to bar the Hong Kong National Party.

“We express strong dissatisfaction and firm opposition to this,” Geng told a regular news briefing, adding that countries should “stop interfering in Hong Kong’s affairs and Chinese internal affairs under the pretext of freedom of speech.”

Geng said the city’s government had acted in accordance with the law, and “any organization or attempts to promote Hong Kong independence and to separate our nation cannot be tolerated.”

Police requested the party ban in July under the Societies Ordinance, which stipulates groups can be prohibited in the interests of national security and public safety.

The bid, the first since the city’s 1997 handover to China, was slammed by rights groups.

The police application thrust the small party, with a core membership of only around a dozen, back into the headlines.

It gained additional prominence when its leader Andrew Chan gave a high-profile talk at the city’s press club which Beijing also tried in vain to stop.

Under China’s “one country, two systems” policy, semi-autonomous Hong Kong enjoys freedoms unseen on the mainland including freedom of expression.

But the space for dissent is shrinking in the face of an increasingly assertive China under President Xi Jinping.

Geng said the ban on the party was “an attempt to uphold national security and Hong Kong’s rule of law”.

“This is totally Hong Kong’s affair, as well as China’s internal affairs, and has no room for foreign interference,” he added.  /ee