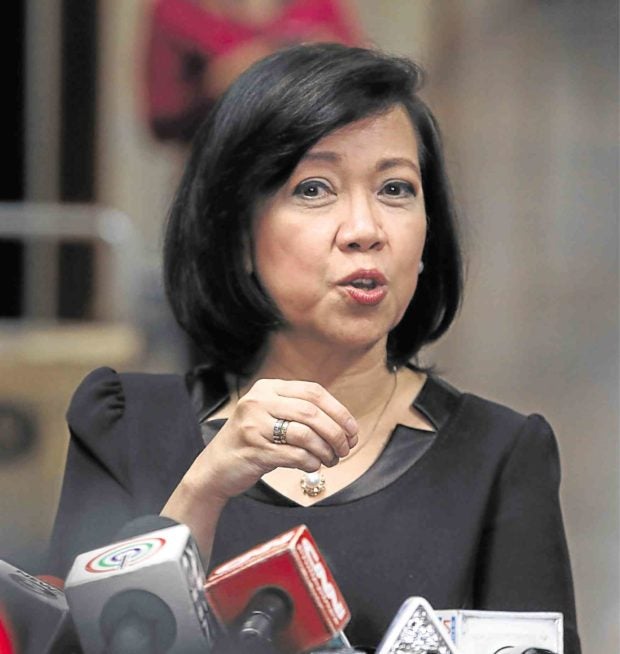 The Liberal Party will respect the decision of former Chief Justice Maria Lourdes Sereno not to seek a Senate seat in the May 2019 elections, according to the LP president, Sen. Francis Pangilinan.

“We respect her decision,” Pangilinan said in a text message.

But he also said the party continued to consider her a partner in defending democracy and fighting for the rule of law.

The LP earlier said Sereno was welcome to join its ticket in next year’s polls and was reserving a slot for her. Now that she has decided not to run, the party will let her be.

An insider from the Sereno camp said her decision was brought about by her family’s concerns and that she felt she would be more useful outside the Senate.

She plans to focus on the people’s movement to protect the Constitution and the country’s institutions, defend the powerless, and have a people-centered transformation, the insider said.

Sereno came out swinging against the Duterte administration after she was ousted from the Supreme Court through its controversial ruling granting the quo warranto petition filed by Solicitor General Jose Calida.

Recently, she warned of the consequences of President Duterte’s move to void the 2011 amnesty granted to his vocal critic, Sen. Antonio Trillanes IV.

“We continue to view her as a formidable ally in our efforts to uplift the lives of our people from poverty and joblessness, defend our democracy and the rule of law,” Pangilinan said.

The LP’s national executive council will meet on Tuesday to discuss its lineup of candidates for the Senate, among other issues. —Leila B. Salaverria