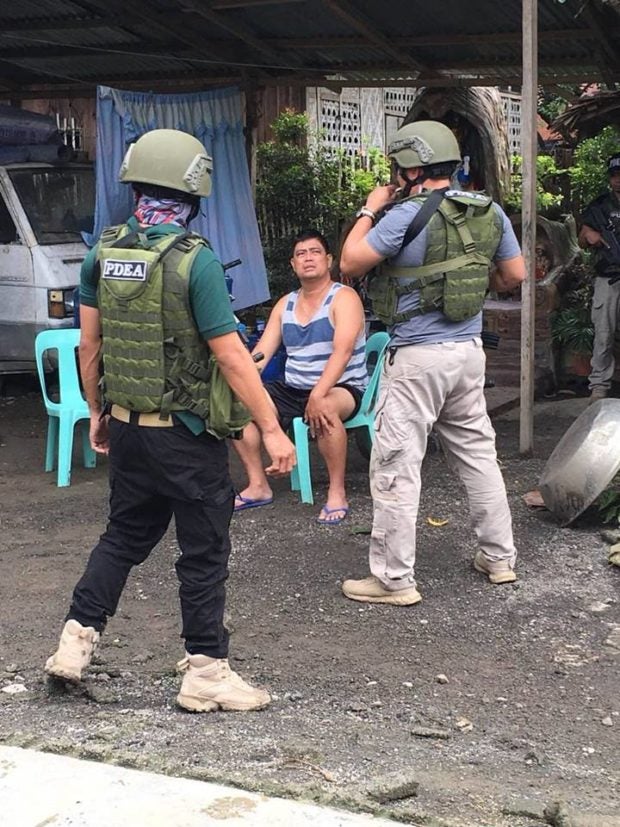 PIGCAWAYAN, North Cotabato – A day after anti-narcotic operatives arrested a police officer for drug peddling in Pikit town, a soldier was also arrested here Sunday with the help of his own comrades in the 34th Infantry Battalion.

Naravy Duquiatan of the Philippine Drug Enforcement Agency (PDEA) Region 12 led the operation together with elements from the 34th IB and the Pigcawayan police in arresting Sgt. Teddy Paltinca, 42, an active member of the Philippine Army and assigned at the 34th IB stationed in Midsayap town.

Duquiatan said although armed, Paltinca, a resident of Purok 5, Barangay Capayuran, Pigcawayan, North Cotabato did not resist arrest when PDEA agents presented him the search warrant issued by a local court.

“The suspect has been monitored for several months already and reports revealed that aside from pushing shabu, he is also a reported drug user,” Duquiatan said in a statement.

Cases for violation of Republic Act 9165 (The Comprehensive Dangerous Drugs Act of 2002) and Republic Act 10591 (Illegal Possession of Firearms) are being prepared against the suspect now detained at PDEA-12 detention facility in Gen. Santos City.

Seized from Pilipinas, who was on absent without official leave (AWOL), were nine sachets of shabu, a bullet for caliber 50 machine gun and shabu paraphernalia. /ee