Koko: What happened to Road Board abolition? 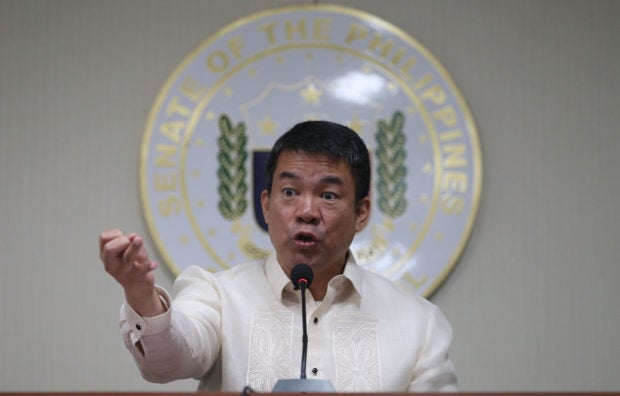 Senator Aquilino “Koko” Pimentel III on Thursday branded as “legally questionable” the House of Representatives’ “rescission” of an already-approved bill seeking to abolish the Road Board.

Last year, Pimentel’s call for the Road Board’s abolition culminated in the passage of Senate Bill 1620, which received a vote of 18-0 in February.

The lower chamber for its part approved its own version, House Bill 7436, which got a unanimous vote of 172-0 in May.

On Sept. 12, the Senate adopted House Bill 7436 and replaced SB 1620 with the lower house bill, thus dispensing the need for a bicameral conference between the two Houses to reconcile disparate versions of the proposal.

Later the same day, however, the lower House passed a motion that voided its version of the proposed measure. There were no objections to the motion and it was carried.

“The lower house cannot just inform us later that they changed their minds and tell us the House version has ceased to exist anymore. The Senate actually made adjustments and approved their version already because we wanted immediate passage of a law addressing the Road Board,” the senator said in a statement.

Pimentel, chair of the Senate committee on trade, commerce and entrepreneurship, stressed that the Road Board’s abolition “was intended to be a major step in curbing corruption and properly managing the government’s financial resources earmarked for putting into place world-class infrastructure.”

“What we continue to have instead is an agency ridden with corruption and inefficiency. COA flagged the Board for such ills in its scathing 2017 report, precisely the reason why we sped up the measure to legislate the Board’s necessary demise,” he said.

Pimentel cited as an example of the agency’s problems the P3.97-billion National Road Lighting Program (NRLP) that was supposed to set a “new standard for safety and sustainability” in the lighting of the country’s national roads was placed in limbo because the Road Board did not possess the technical capability to implement the NRLP.

He likewise renewed calls for the “urgent and immediate follow through on the abolition of the Road Board.”

“Let’s not be sidetracked and distracted. The signing of a law abolishing the Road Board should remain a priority,” Pimentel stressed. /jpv