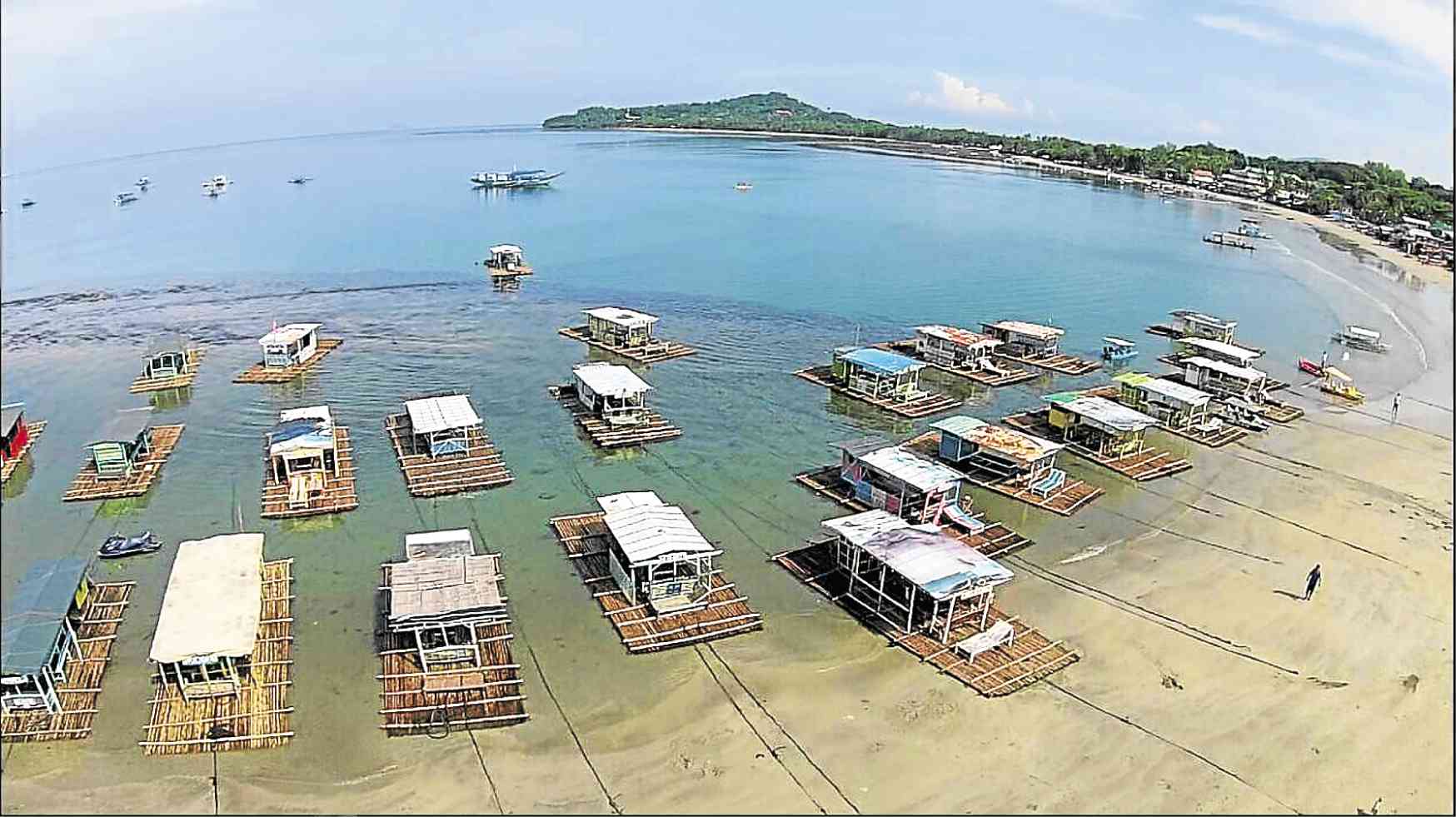 ECOTOURISM A beach resort in Lian, Batangas province, offers floating cottages to visitors as the community promotes its ecotourism sites. The waters of Batangas form part of the Verde Island Passage. CONSERVATION INTERNATIONAL

BATANGAS CITY — In 2005, scientists declared the Verde Island Passage (VIP), a 1.14-million hectare strait shared by five provinces in Luzon’s southern bend, as the global “center of the center of marine shore fish biodiversity” due to its teeming fish stock.

One marine expert was more territory-specific in Tuesday’s meeting of leaders from the five provinces and representatives from national government agencies.

“The bull’s-eye area is from here (Batangas) to the Visayas [and] the bull’s-eye region is VIP,” said Dr. Augustus Rex Montebon, marine program director of the nongovernment organization Conservation International.

Efforts to preserve the VIP, one of the world’s richest marine ecosystems, are continuing, and programs for ecotourism, sustainable livelihood and stricter enforcement of maritime laws are in the pipeline.

In August, the Department of Environment and Natural Resources (DENR), the Bureau of Fisheries and Aquatic Resources, Philippine National Police Maritime Group, Philippine Coast Guard, and the five provinces signed a memorandum of agreement declaring the entire VIP, including the adjacent terrestrial zones, a marine protected area.

Leaders from the provinces of Batangas, Marinduque, Romblon, and Oriental and Occidental Mindoro met on Tuesday for the first time since the VIP management and law enforcement network was formed in 2017. 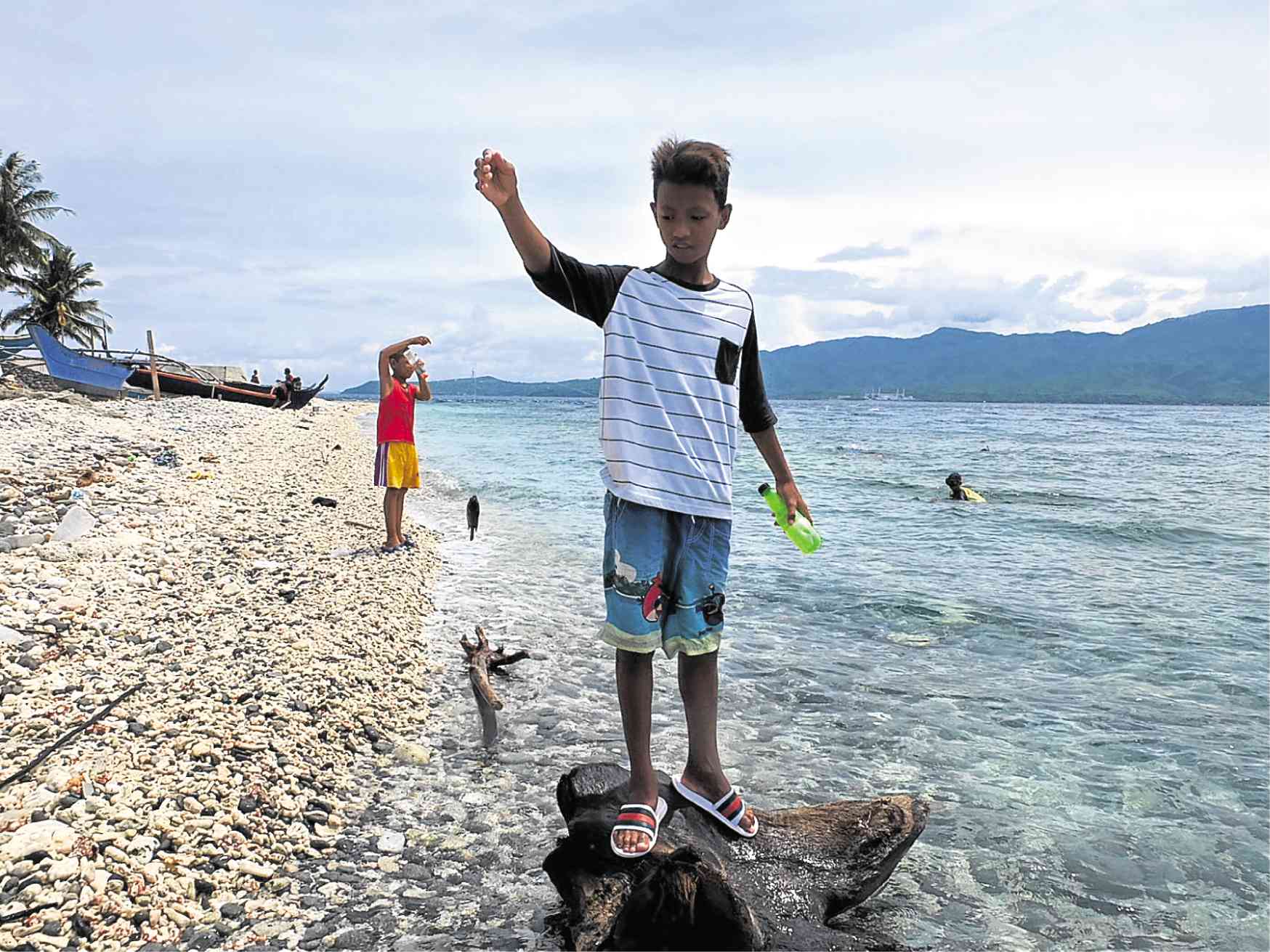 Montebon cited the marine corridor’s significance to fish production amid the dangers of climate change, coral bleaching and illegal fishing.

Ironically, he said, the Philippines currently ranked third, behind Indonesia and China, as top contributors to plastic waste and sea pollution.

Despite these, Montebon said programs were “rolling,” especially since the  UN Development Program funded a long-term management project, called Smart Seas, in 2015.

The DENR is set to process the Philippines’ application to the UN Educational, Scientific, and Cultural Organization for VIP to be declared a World Heritage Site.

Batangas Gov. Hermilando Mandanas, chair of the VIP board, said they would begin drumming up the campaign “to stress that this is the center” by declaring every last week of September as “VIP awareness week.” 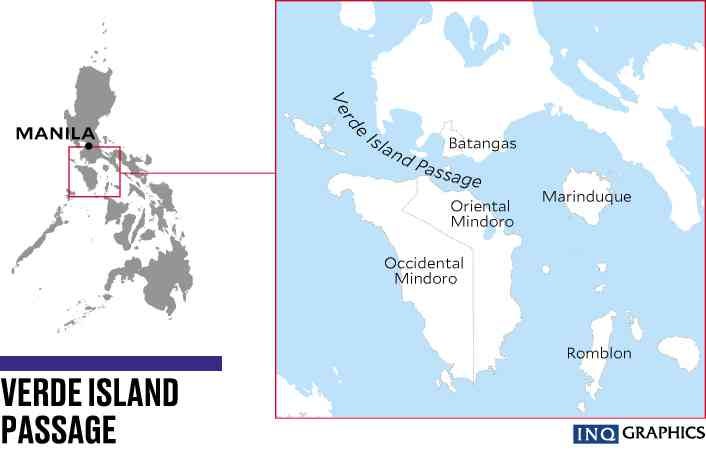 Mandanas sought the Department of Tourism’s support in crafting an ecotourism program for communities engaged in illegal or destructive fishing.

Marinduque Gov. Carmencita Reyes said “a stronger presence” of the police was needed to counter illegal activities on VIP.

“We are saddled with [the presence of] illegal fishers. We will [also] need technical help [as] all our corals are dead,” Reyes said.