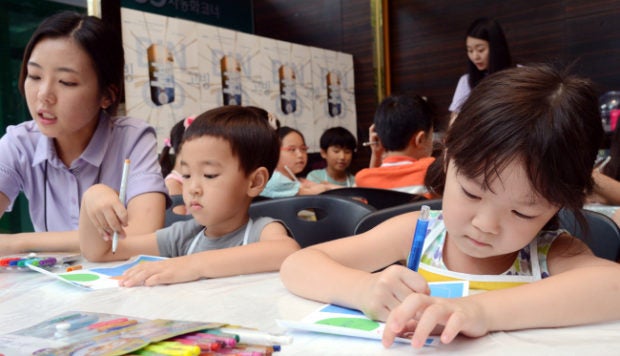 SEOUL — Most parents of children aged up to 5 will be given a monthly allowance of 100,000 won ($88) per child starting from Friday, with the exceptions of some high-earners and overseas residents, the country’s Welfare Ministry said.

Of 2.3 million applications submitted from June 20 to Sept. 14, 1.9 million have been accepted for the allowance scheme aimed at boosting the country’s critically low birthrate.

This means 94.3 percent of all South Korean children aged up to 5 will benefit from the program, the ministry added.

Parents whose applications were rejected or pending belong to the wealthiest 10 percent of the population, have a net worth that has yet to be verified by the respective provincial government or have children born overseas who have not spent more than 90 days in Korea.

Some 60,000 were found to be ineligible because the parents were high-earners.

The average monthly income of parents eligible for the allowance scheme was 4 million won.