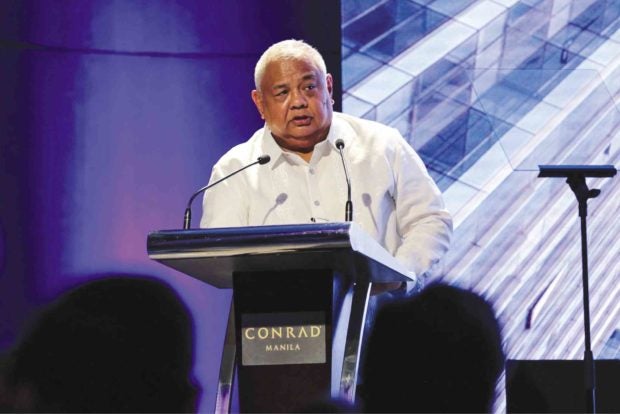 Executive Secretary Salvador Medialdea denied on Tuesday that there were P55-billion in “insertions” in next year’s proposed P3.757-trillion national budget, which caused bickering among top House leaders and delayed the start of the plenary debates on the legislation.

Inquirer sources on Monday said the start of the plenary debates on the 2019 budget was stalled after an alleged shouting match between Majority Leader Rolando Andaya Jr. and Davao City Rep. Karlo Nograles, chair of the appropriations committee, during a midmorning executive meeting.

The verbal tussle, a source said, erupted when Nograles argued that the committee report that Andaya wanted him to sign would slash the P55 billion “pork” intended for some lawmakers’ pet projects.

Medialdea insisted there was no P55 billion inserted in next year’s budget.

“That is not true. What was submitted was PRRD’s 2019 budget,” Medialdea told INQUIRER.net, referring to the P3.757 budget submitted by the executive branch last July.

This is the first time Medialdea addressed the issue after the House squabble.

“[The] purpose of the meeting was to confirm to the house leaders that it was PRRD’s proposed 2019 budget,” Medialdea said.

Senator Panfilo Lacson has repeatedly said that next year’s budget had “billions” of pork. He said the “pork” insertion caused the “near-brawl” at the House on Monday morning.

Even Presidential Spokesperson Harry Roque and Diokno earlier said that the 2019 budget approved by President Rodrigo Duterte was “pork-free.”