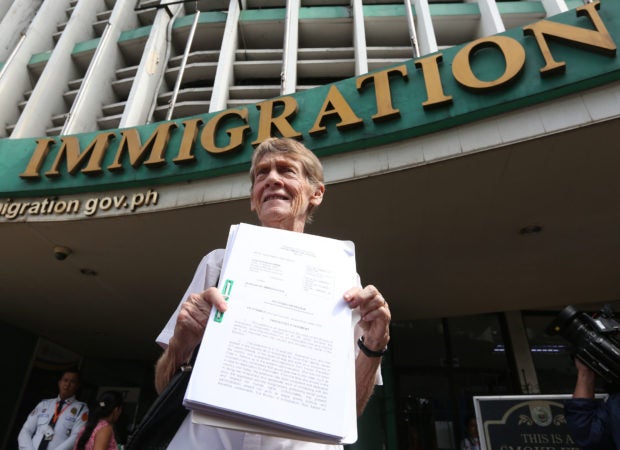 The Bureau of Immigration (BI) has denied the request of Australian nun Patricia Fox to extend her missionary visa which expired on Sept. 5.

In an order signed last week, Fox lost her appeal to renew her missionary visa after the BI cited its July 19 deportation order against her.

Sought for comment, Fox said she would appeal the BI decision by filing a motion for reconsideration.

BI spokesperson Dana Sandoval said the 72-year-old nun was required to apply for the downgrading of her visa within 15 days upon receipt of the denial order.

This will revert her status to a temporary visitor. Her visa will then have a 59-day validity, starting from the date of the expiry of her missionary visa.

“The BI already saw that Sister Fox violated the conditions of her stay and is considered undesirable, hence a deportation order was previously issued against her,” Sandoval said in a statement.

“Our legal team saw that approving the extension of her missionary visa will be inconsistent with the findings cited in her deportation order,” she added.

The BI said Fox had already spent 27 years in the country as a missionary.

It pointed out that based on its agreement with the Catholic Bishops’ Conference of the Philippines, “foreign missionaries [can] stay in the country for only 10 years.”