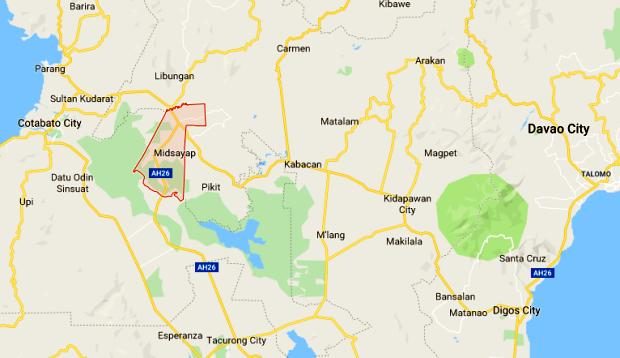 MIDSAYAP, North Cotabato — Only about eight hours after a bomb exploded in General Santos City about 150 kilometers away, a powerful improvised explosive (IED) device was set off inside a videoke bar here by still unidentified men, police said.

“No casualty was reported,” Amotan said.

The videoke bar’s caretaker said three men – about 25 to 30 years old – arrived on a motorbike and ordered one liter size of soft drink.

Tey occupied one of the dimly lit shanties, the caretaker said.

A few minutes later, the three men started to leave.

The caretaker asked them why they were in a hurry. One of them said they were done. The bar had no other customers at that time.

A few minutes after the men left, a loud explosion ripped through the videoke bar, which was made of light materials.

It was located about 50 meters away from the Midsayap Municipal Police Office.

The IED was believed to be made of black powder and mobile phone-triggered.

No one has claimed responsibility for this bombing, which came about eight hours after an improvised bomb went off in Crossing Makar, Barangay Apopong, General Santos City. That blast injured seven persons. /atm