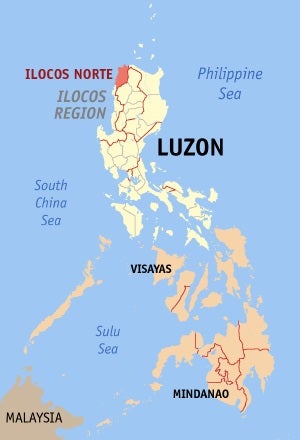 LAOAG CITY — The fierce winds of Typhoon “Ompong” toppled electric posts and communication lines in Ilocos Norte, leaving most residents groping in the dark and out of reach since Saturday.

On Sunday, the Ilocos Norte Electric Cooperative announced it was uncertain when power would be fully restored.

Free calls and charging stations have been offered at outlets of Smart Telecommunications Co. and The Philippine Long Distance Telephone Co. in Laoag and neighboring San Nicolas town. Free services were also put up at the Laoag and Batac City branches of mobile telephone retailer Vertex Company.

Pumping stations of Prime Water in Laoag, and the towns of Bacarra, Vintar, Piddig, Solsona, Paoay, and Badoc have been distributing potable water to residents affected by the typhoon.

The 10,596 residents evacuated from 2 cities and 19 towns have returned home.

Meanwhile, the provincial government cautioned people living in coastal towns to remain vigilant for storm surges even though Ompong had exited the Philippine area of responsibility. /cbb