10 areas under Signal No. 3 as ‘Ompong’ edges closer to Luzon

Ten areas were placed under Signal No. 3 as Typhoon “Ompong” (international name: Mangkhut) started to batter parts of Northern Luzon midday on Friday.

The following areas were placed under storm signals:

Ompong was about 540 kilometers east of Baler, Aurora as of 10 a.m., with maximum sustained winds of 205 kilometers per hour (kph) near the center and gusts of up to 255 kph.

It was moving northwest at 20 kph and is expected to make landfall in Cagayan-Isabela Aurora between 5:00 to 8:00 a.m. on Saturday.

Weather forecasters say “Ompong” will be a destructive typhoon that will enhance the southwest monsoon, triggering moderate to occasionally heavy rains over the Visayas.

It will also bring scattered to light to moderate to at times heavy rains over Palawan, Zamboanga Peninsula, Northern Mindanao, and Caraga.

“Storm surge prone areas of Cagayan and Isabela may expect up to six meters of surge,” Pagasa said.   /vvp 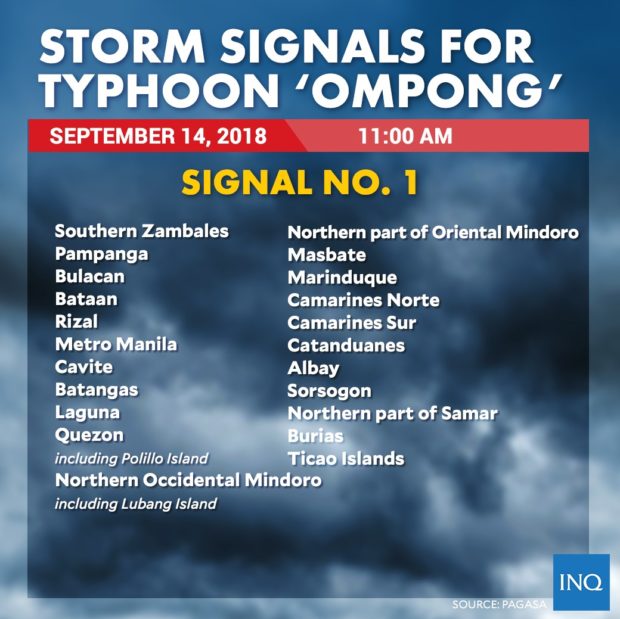 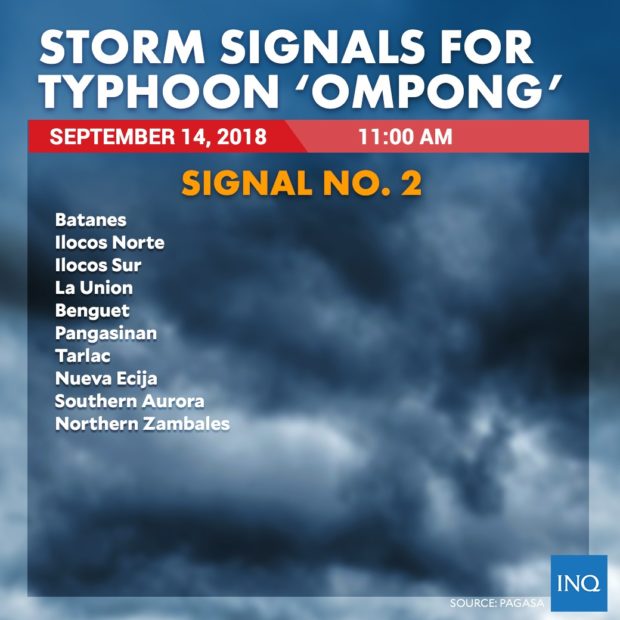 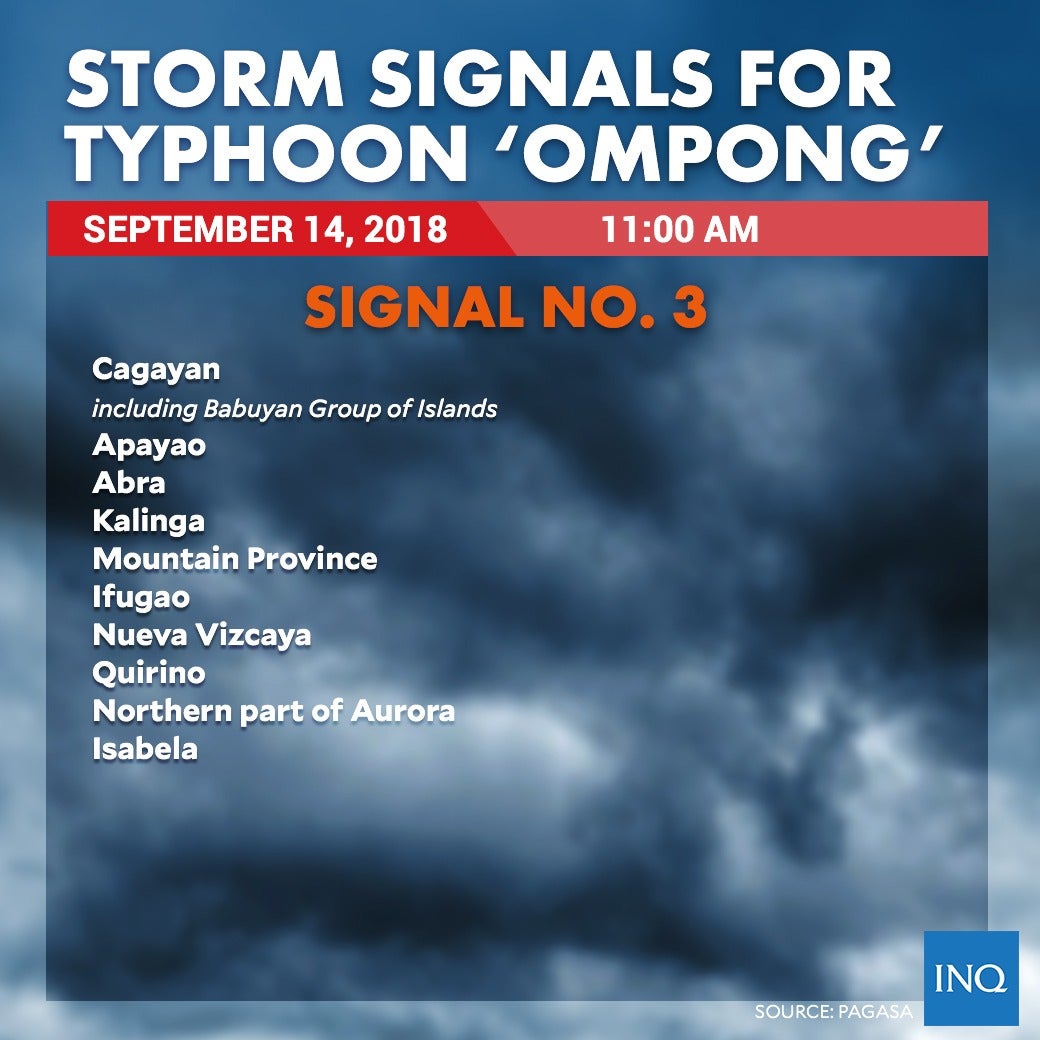 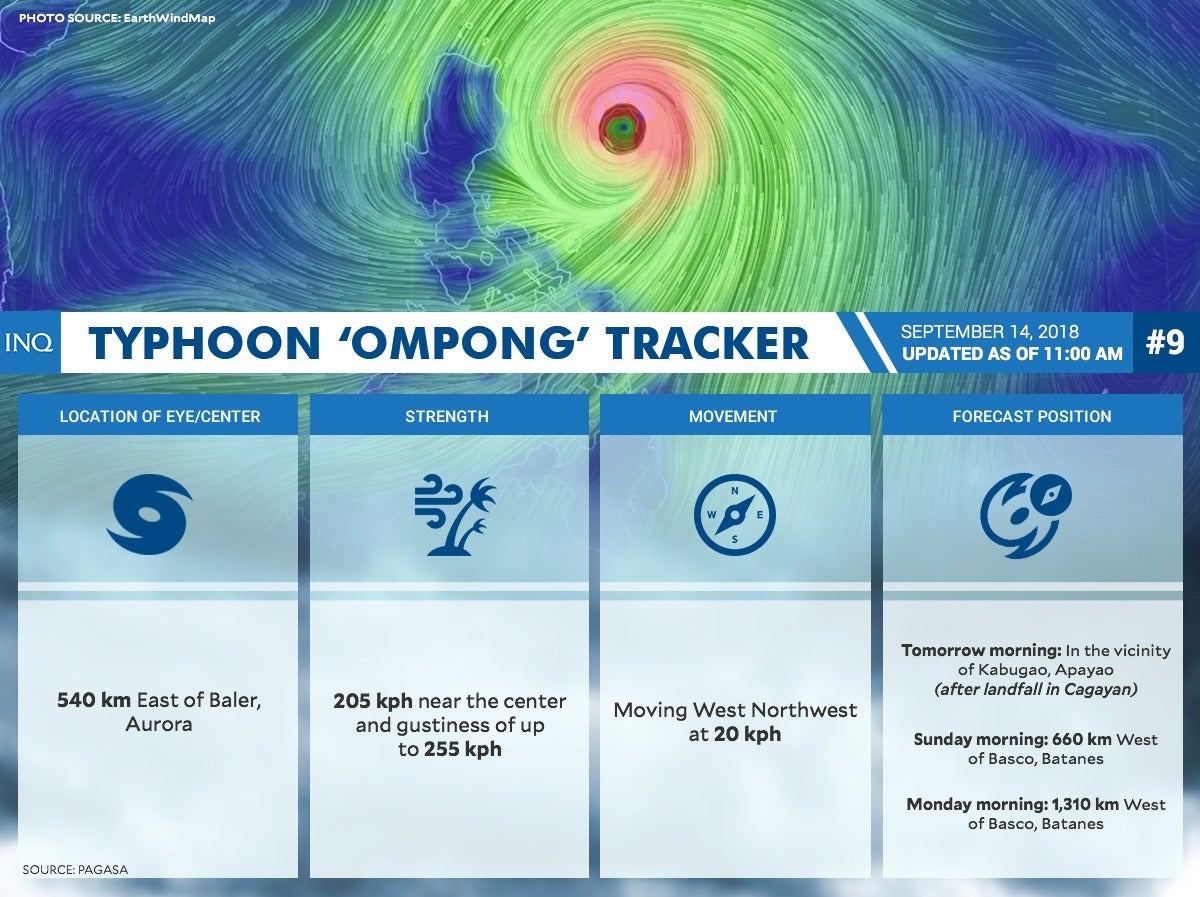