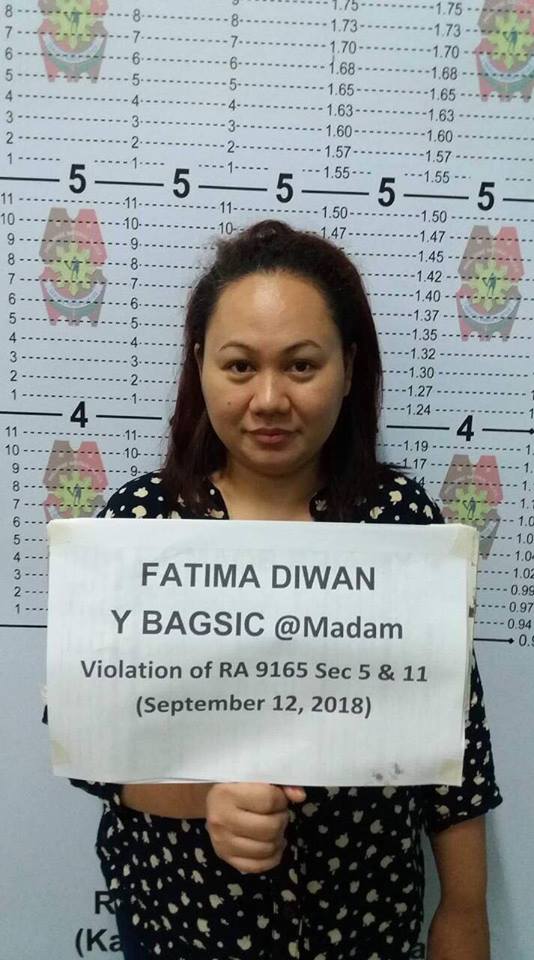 An alleged top drug pusher in San Juan City finally fell into the hands of the city police in a buy-bust operation Wednesday night.

The San Juan City Police in a report released Friday said suspect Fatima Diwan, 33, was arrested in an operation by the Station Drug Enforcement Unit in 1st West Crame at around 7:30 p.m. Confiscated in the bust is a sachet of suspected shabu.

According to San Juan City Police chief Senior Supt. Dindo Reyes, the suspect is a known drug peddler and has been in the city’s drug watchlist but did not surrender to “Oplan Tokhang.”

Police said Diwan has been involved in the illegal drug trade since 2010 and is a primary target for arrest.

Prior to Diwan’s arrest, police said they received a video last year showing the suspect allegedly selling shabu hidden in the food ordered by customers in a carinderia (eatery) she had previously owned. The eatery was closed three months ago, police said.

Diwan is now detained at the San Juan City Police headquarters as charges for violation of Republic Act 9165 or the Comprehensive Dangerous Drugs Act are being prepared against her. /muf