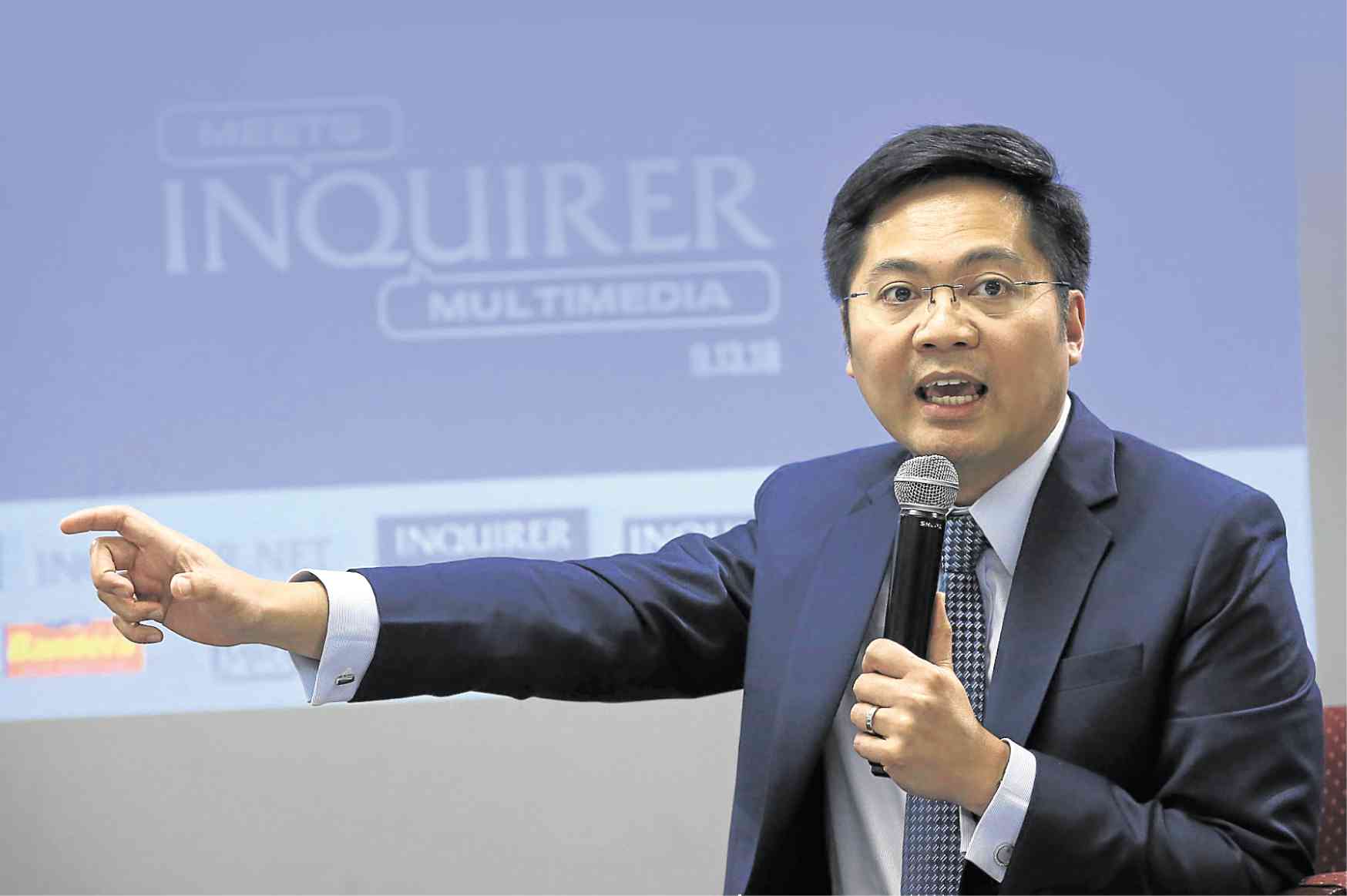 Nograles, chair of the appropriations committee in the House of Representatives, chided anew the NFA and its governing body, the NFA Council, for failing to comply with the required 15-day buffer stock for rice, resulting in the shortage of affordable rice in many parts of the country.

“We will have a problem because Ompong is [already] here. It will cross northern Luzon, which is our rice granary. It might wipe out our crops,” Nograles said at the Meet Inquirer Multimedia forum.

He noted that rice stocks were running thin. “If the typhoon devastates northern Luzon, what’s gonna happen? The price of rice will shoot up.”

The Davao lawmaker also called on the 18-member NFA Council to convene at once to deal with the situation by raising the purchasing price of palay (unhusked rice) from P17 to P22 per kilogram.

He said the NFA should also start talking with the local rice farmers in Mindanao to buy their produce.

“I am proposing that the NFA Council immediately call an emergency meeting and just this once, now that we’re facing a crisis, raise the buying price of palay for P22 per kilogram,” he said.

Citing latest data from the agency, Nograles said the supply of NFA rice—usually sold at almost half the price of commercial rice—plummeted during the first seven months of 2018.

He said the figures were quite alarming.

“So where’s the problem? It’s the rice buffer stocking of the NFA. That’s [the reason] why we have this problem. If you go by the regions, you will know that there’s a problem in the supply of NFA rice,” he said.

According to the NFA, it provided a total of 2.47 million metric tons of rice to the public from January to August in 2017.

In the same period this year, the supply of the cheaper variety of grain dropped to 383,700 metric tons, a reduction of 84 percent from last year’s allocation.

In June alone, the agency distributed only 2,100 metric tons of rice to accredited retailers, a measly 10 percent of 204,200 MT of the staple it supplied in June 2017.

Nograles noted that the NFA currently had in its warehouses some 4.6 million tons of rice, enough to maintain a buffer stock for only seven days.

“The [Duterte administration’s] economic cluster has already ordered the NFA to distribute its stocks to all its outlets to bring down prices of rice,” he said.

Nograles said the problem was that the public would still have to wait until the end of September for the arrival of imported rice.

The depleted rice supply, also blamed for the surge in prices of basic commodities, was mainly due to the incompetence of officials of the NFA and its council.

“If there’s no NFA rice in the markets, the price of commercial rice will increase because there’s no competition,” Nograles said.

He pointed out anew how the NFA arbitrarily spent nearly P6.1 billion of its 2018 budget for purchasing palay from local rice farmers to pay  loans from two state-owned banks.

In addition, Nograles said President Duterte’s decision to let go of NFA Administrator Jason Aquino, whom the President claimed had asked to be relieved, was proof of Aquino’s “bad performance.”

“The problem of the lack of procurement [of NFA rice] is catching up with him (Aquino),” the lawmaker said.

An executive order is being drafted to facilitate the entry of imported rice in Zambasulta (Zamboanga, Basilan, Sulu, Tawi-Tawi). The region recently suffered a severe shortage of NFA rice. —WITH A REPORT FROM KARL R. OCAMPO