Boracay visitors limited to 6,000 a day 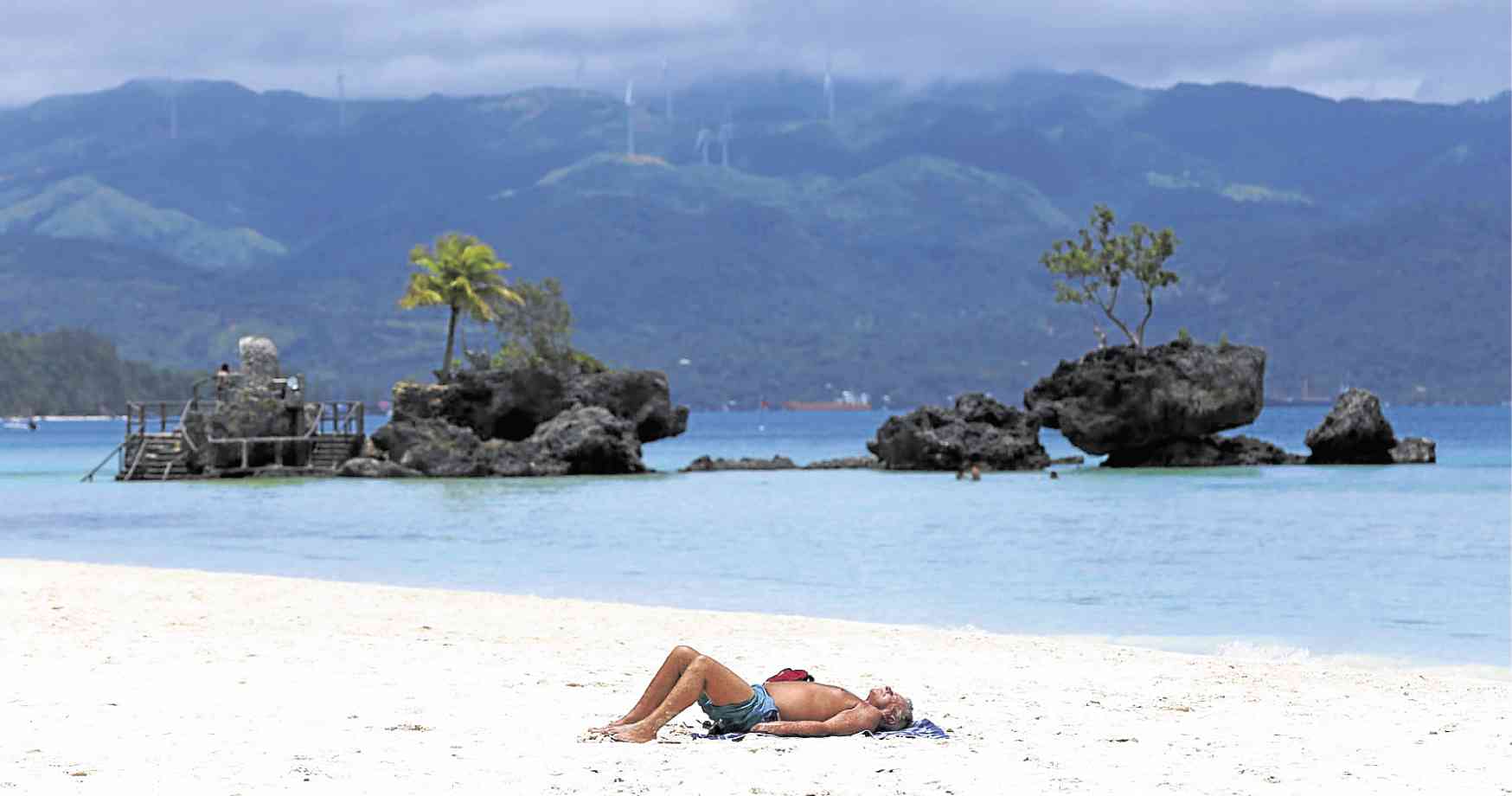 ENJOYING BORACAY SUN In this photo taken in May, a man sunbathes near Boracay’s iconic Willy’s Rock as visitors start to leave the island following its closure.—LYN RILLON

Planeloads of tourists can’t just descend on Boracay’s beaches when the rehabilitated island reopens on Oct. 26.

Only 6,405 tourists will be allowed to enter the island and frolic in its waters and beaches every day, Malacañang said on Wednesday, adopting the recommendation of an interagency committee.

The Boracay Inter-Agency Task Force had assessed that the world-famous, 1,032-hectare beach resort could carry only 19,215 people, including 6,405 tourists, a day.

There was “an excess in existing population, nontourists [on] the island,” presidential spokesperson Harry Roque said, quoting one of the findings of the task force.

President Rodrigo Duterte discussed the Boracay situation with Cabinet officials during a meeting in Malacañang on Tuesday night.

Earlier, the President called Boracay a “cesspool” and ordered its shutdown for six months, beginning April 26, to fix sewage and environment-related problems.

Roque shared the task force’s other findings that could explain why the island has turned into a cesspool.

Guesting at the Meet Inquirer Multimedia forum on Aug. 28, Tourism Secretary Bernadette Romulo-Puyat said “LaBoracay” parties, which used to draw up to 70,000 tourists, would no longer be allowed.

Drinking and smoking on White Beach and other public places will be strictly prohibited, she said.

“[Boracay] is a public beach. You want your children, your family to walk around without stepping on broken glass and . . . cigarette butts,” she said.

The number of tourists would be regulated and airlines would correspondingly limit flights to the island, added Puyat, who is also vice chair of the task force.

Malacañang also adopted the group’s other recommendations, such as evaluating the feasibility of using extra available rooms, promoting wetlands as a way to filter out waste, maximizing open spaces for vegetation, minimizing the source of pollution, mounting information campaign on managing waste, and minimizing soil erosion.