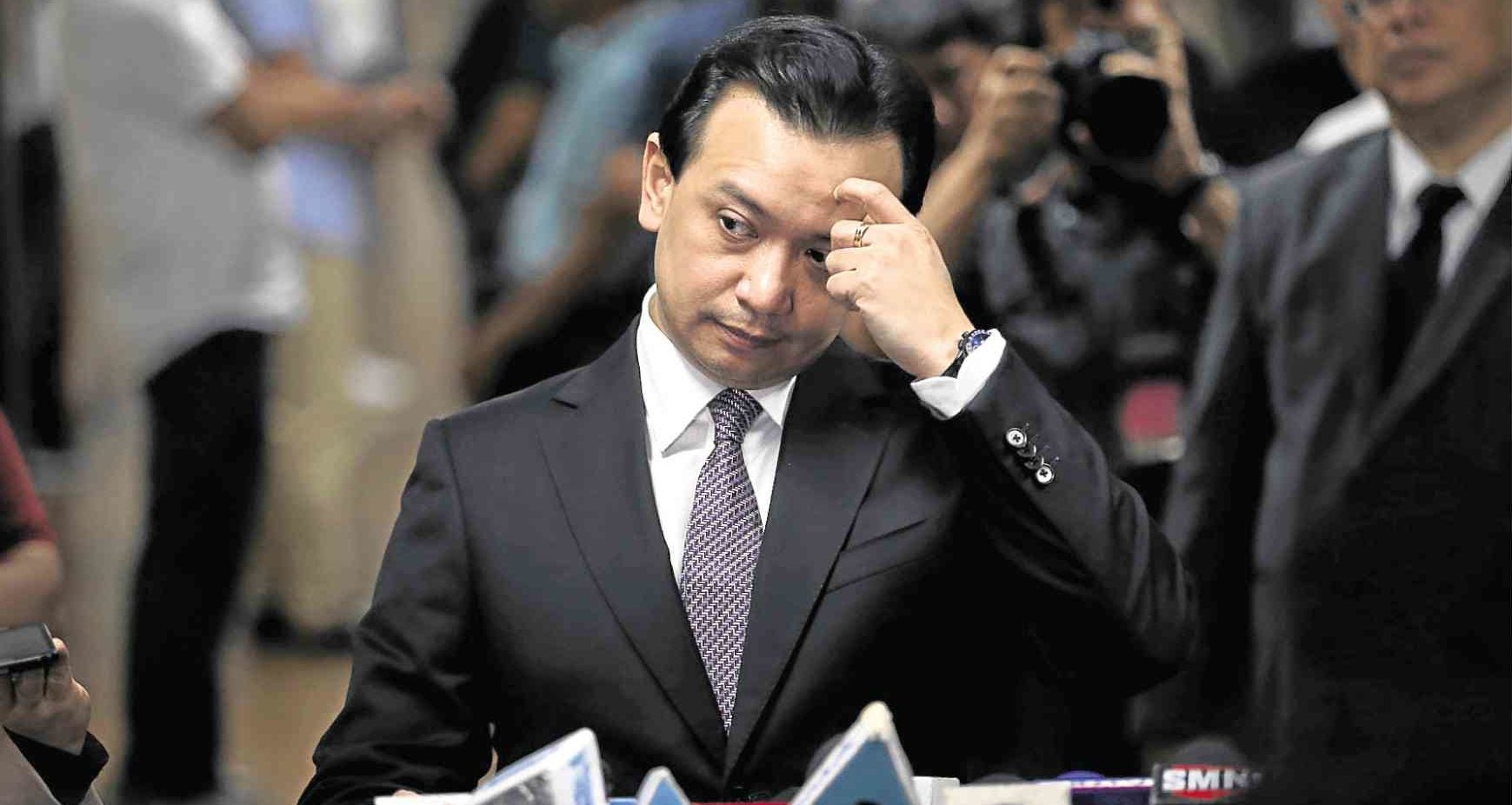 Sen. Antonio Trillanes IV on Wednesday sought a Senate inquiry into the possible conflict of interest in the awarding of billions of pesos worth of government contracts to companies owned by relatives of Special Assistant to the President (SAP) Christopher “Bong” Go.

Trillanes said government officials and employees were held to a higher set of standards and “expected at all times to put the interest of the public above their own.”

“There is an urgent need to look into this matter as conflict of interest or undue influence exerted by government officials … in the conduct of government transactions threatens the quality of service the public is receiving,” the senator said.

Go on Wednesday said he was “very excited [to have] another Senate faceoff with Mr. Trillanes.”

The senator, he said, should speed up the inquiry because the former mutineer might end up hiding should the court grant the warrant for his arrest based on President Rodrigo Duterte’s recent proclamation voiding his amnesty.

The President’s longtime aide said he had observed delicadeza all his life and would resign if Trillanes could prove he was involved in any corruption.

“But if he won’t be able to prove that I am involved, or that I influenced [the government] or intervened, he should resign,” Go said.

Presidential spokesperson Harry Roque said that Go could defend himself on the issue, adding that it was up to the Senate to investigate the matter.

“I’m not aware of any conflict of interest on the part of anyone, and I’m sure SAP Bong Go can very well defend himself,” Roque told reporters.

The senator said his resolution should be referred to the civil service, government reorganization and professional regulation committee which he chairs. The same panel is looking into government contracts bagged by the family of Solicitor General Jose Calida.

In his resolution, Trillanes cited the report of the Philippine Center for Investigative Journalism, which named CLTG Builders and Alfrego Builders and Supplies as among the top contractors that bagged government projects for the Davao region.

The senator noted that CLTG “coincidentally” also stands for the initials of Go, whose full name is Christopher Lawrence Tesoro Go.

The company, which is owned by Go’s father, bagged P1.87 billion worth of infrastructure projects for the Davao region from 2007 to 2017.

In 2017, CLTG also got P2.7 billion in joint ventures with four other contractors, including Alfrego Builders and Supplies, which is owned by Go’s father and stepbrother.

Trillanes said CLTG Builders failed to meet the deadline for its joint venture projects and had a B-license, which means it cannot undertake big-ticket projects without a partner.

Trillanes filed the resolution while waiting for the court’s ruling on the validity of the order for his arrest based on the President’s revocation of his amnesty.