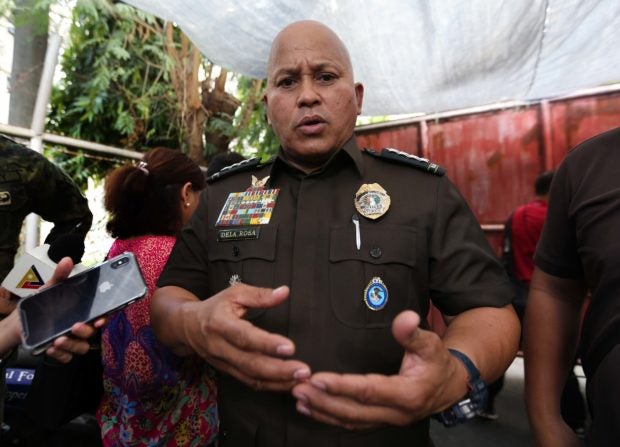 Dela Rosa announced his senatorial bid when he formally joined the ruling PDP-Laban on Wednesday.

“Yes,” he told reporters when asked if he was running for senator next year.

Dela Rosa said he made up his mind after getting a go signal from President Rodrigo Duterte himself.

He admitted though that he really wanted to become senator than governor.

And if he wins in the election, he promised that he would not use congressional hearings to disrespect resource persons.

“Anong gusto mo, ako naman magpapaiyak?” he said when asked if he was ready to conduct an investigation in the Senate.

As former police chief, Dela Rosa appeared in several hearings in the Senate and in some occasions, he turned emotional and even broke down in tears while being questioned by senators.

“In aid of legislation kaya ‘yan, hindi naman in aid of embarrassment,” the BuCor chief added.