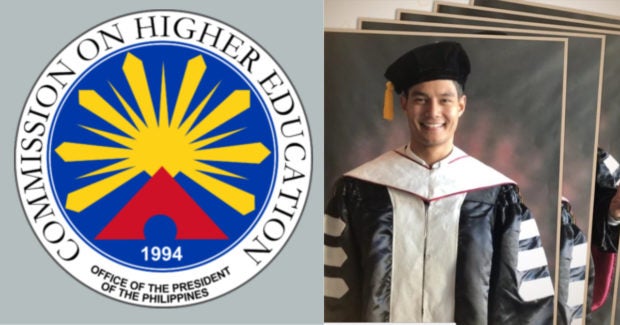 The Commission on Higher Education (CHED) said that a school that recently conferred an honorary degree on actor and model Daniel Matsunaga is an unrecognized higher education institution (HEI).

In a statement released yesterday, Sept. 11, CHED said that the Brethren Evangelical School of Theology (BEST), which is based in Gapan, Nueva Ecija, does not have a permit to operate, as per CHED records.

INQUIRER.net has reached out to BEST and Matsunaga for comment and welcomes their side on the matter. 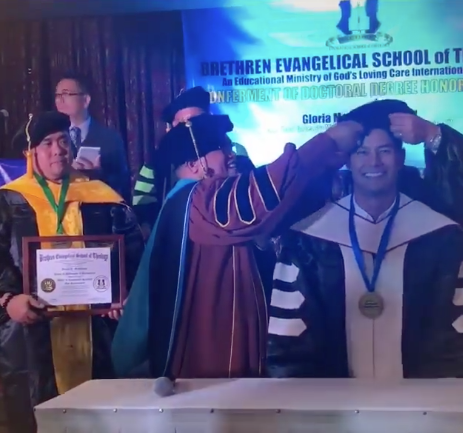 “CHED strongly warns the public that schools, colleges and institutions of higher learning that have not been issued government authority to operate cannot grant honorary degrees to individuals,” the statement said. 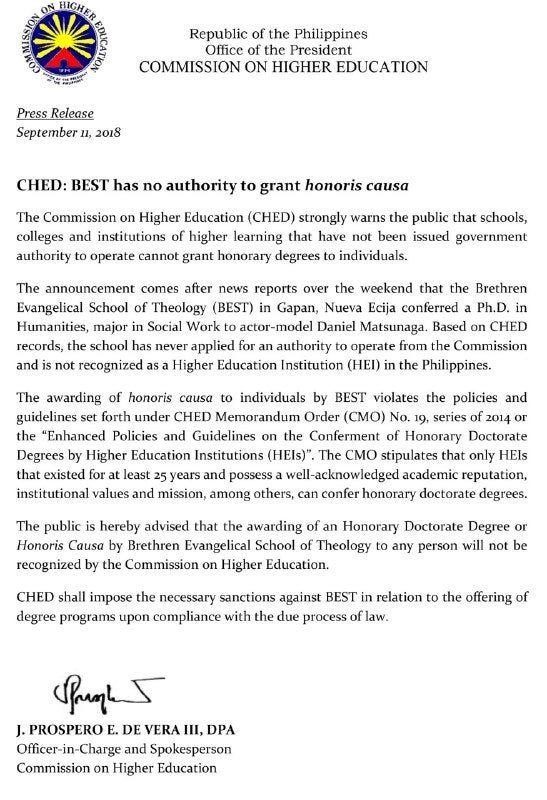 Only schools that have been running for at least 25 years and have a “well-acknowledged academic reputation” can grant honorary doctoral degrees, as stipulated in CHED Memorandum Order (CMO) No. 19 series of 2014 or “Enhanced Policies and Guidelines on the Conferment of Honorary Doctorate Degrees by Higher Education Institutions (HEIs).”

The Commission emphasized that degrees from BEST are not recognized by CHED and that the school will be sanctioned accordingly.

Last Sept. 8, Matsunaga was conferred with a doctorate in Humanities, Major in Social Work in a Quezon City ceremony.

Other recipients allegedly include lawyers, educators and public servants.

According to the school, those who fit the criteria of proven character, at least 10 years of service, life experience with expertise, life achievements in the field of expertise and a nomination from a credible individual can apply for the honorary degree.